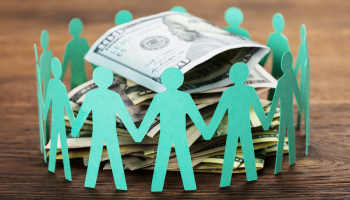 The proposed legislation, The Expanding Financial Access for Underserved Communities Act, plans to make three changes to the Federal Credit Union to enable and encourage credit unions to serve underserved and abandoned communities and promote financial inclusion to all at no cost to the taxpayer.

However, in a letter to the House Financial Services Committee published on August 23, the ABA expressed its opposition to the bill, claiming credit unions already possess sufficient opportunity to provide services to low-income communities but have chosen not to ‘step up’ and do so.

Instead, the bill is viewed as “another backdoor effort by the credit union industry to expand its membership at the expense of tax-paying banks” by the association.

ABA’s public disapproval of this bill follows a long history of objection to the credit union. Recently, the association criticized the growing trend of credit unions buying community banks, calling for Congress to intervene and condemned the ruling which allowed credit unions to issue subordinated debt to help the NCUA stay withing regulatory capital perimeters.

The growing dissatisfaction, caused by new and previous opposition to regulations, has created calls from the American Bankers Association for CRA-like regulatory requirements for credit unions and for congress to take action to block acquisitions of taxpaying banks by tax exempt institutions. As well as continue to contribute to beliefs that credit unions do not give adequate assistance or make enough contribution to communities.