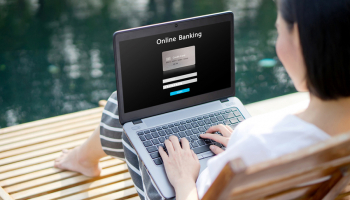 Traditional banks that adopt the business models of digital-only banking and financial services entrants could boost revenues by nearly 4%, resulting in more than half a trillion dollars in additional revenue by 2025, according to a report from Accenture.

‘The Future of Banking: It’s time for a change of perspective’ analyzed the business models of nearly 100 traditional banks and over 200 digital-only players in 11 countries across North America, Europe North America, Europe, Asia-Pacific, and Latin America and the role they play in the banking value chain.

The report identified two common business models including vertically integrated which is a traditional, liner business model that only sells their own products and distributes products from other providers, as well deliver technology or business processes to others.

According to the report, many leading banks have vertically integrated business. However, firms that unbundle their traditional products and partner with third parties to create personalized customer offerings can potentially achieve breakout growth and higher market valuations.

By layering non-linear business models on top of the traditional vertically integrated model, notes the report, traditional banks could boost their annual growth rates by up to an additional 3.8%, which would result in US$518 billion in total additional revenues by 2025.

“But a closer look reveals that the combination of low interest rates, fee compression from increased competition, and undifferentiated product offerings is slowly eroding banks’ share of gross domestic product. And in many markets, banking and payments revenues are flowing from incumbents to new entrants. To re-ignite growth, traditional banks need to reimagine how they create and deliver compelling products that focus on customers’ intentions. That will require rethinking their vertically integrated business models.”

Traditional banks in even the best-performing mature markets grew revenue at an average rate of less than 2% annually, although it was off a much larger base.

The Accenture report recommended that banks could consider embracing one or a mix of the following models.

Dilnisin Bayel, managing director at Accenture’s strategy and consulting group, said: “Being digital is no longer a differentiator. To capture growth, traditional banks need to go beyond becoming the best digital versions of themselves and become adept at operating multiple business models simultaneously.”

“Banks can choose to continue to innovate at their current pace or take a fast-follower or leader approach to business model transformation — but they can’t afford to remain stagnant."