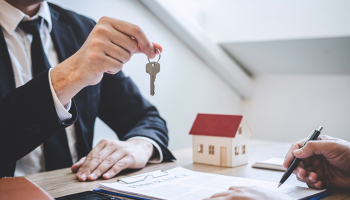 Customer satisfaction with bank and non-bank mortgage lenders declined five points to 851 on a scale of 1,000, as the volume of loans being refinanced took its toll.

According to J.D Power’s 2021 Primary Mortgage Origination Satisfaction Study, overall satisfaction declined due largely to a lack of satisfaction with refinancing processes as lenders had been struggling to manage surging refinancing volumes.

The survey also revealed a tendency for younger consumers to seek a mix of self-service channels and human interaction when applying for mortgages.

“Mortgage originators have been working for years to create an effective and efficient origination process, primarily through digitization of the process and implementation of self-help tools, but the massive surge in volume has exposed some serious weaknesses in that approach," said Jim Houston, managing director of consumer lending and automotive finance intelligence at J.D. Power.

“It’s not enough to provide consumers with electronic applications and digitized tools to streamline and expedite activities up to and including loan closing. Today’s mortgage customers expect personalized, highly customizable experiences that include the right mix of technology and personal interactions based on their unique needs and wants,” he added.

The US mortgage industry earned an average profit of $4,202 per loan last year, as record volumes of origination hit $4.4 trillion. Low interest rates and high home values over the year kept the trend going in 2021.

Lenders have struggled to manage the sheer volume of refinancing however and efforts to streamline new issuance with one-size-fits-all digital workflows has impacted customer satisfaction at critical points along the journey.

Last month, Trustmark Nation Bank was fined $4 million by the OCC for denying minority residents in Tennessee equal access to mortgage loans over a two-year period.