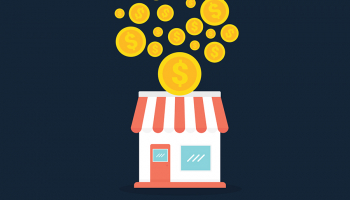 Small businesses overwhelming rely on large and small banks for capital, according to recent data from the Securities and Exchange Commission’s (SEC) Office of the Advocate for Small Business Capital Formation, with 83% of business owners revealing they sought financial services from one or the other.

Elsewhere, 23% revealed they sought out financial services companies, while just 12% said they went to credit unions and 11% went to online lenders and fintech firms.

The research also noted that small businesses relied heavily on loans or lines of credit for capital funding — 89%, compared to 21% who used credit cards for external capital funding.

Small business were disproportionately impacted during the Covid-19 pandemic, the research found, with 37% of small businesses responding that they had sought financing over the period, while 23% reported they had experienced shortfall — less funding than they had applied for.

Paycheck Protection Program (PPP) Loans and other emergency Covid-19 assistance for businesses played a critical role over the period, and 91% of employer small firms confirmed they sought emergency funding to cover basic expenses and salaries, and 96% revealing they had applied for PPP loans and received the funding.

In November, a study by J.D. Power found that consumers were satisfied with banks’ PPP loan services, despite some scrutiny over how they had facilitated the loans.

The study also found that $669 billion in relief was administered to small businesses during the pandemic to pay their employees and cover other basic business expenses.

Lawyers at Parker Poe warned in July that scrutiny over the loans could extend to class actions from companies that did not receive payments on time.