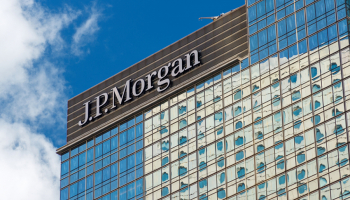 JP Morgan Securities (JPMS), a broker-dealer subsidiary of JPMorgan Chase, has agreed to pay a $125 million penalty after the Securities and Exchange Commission (SEC) found it was guilty of widespread and longstanding failures to maintain and preserve communications documents.

The firm admitted that from at least January 2018 through to November 2020, its employees often communicated about business matters on their personal devices, over text, WhatsApp, and personal email accounts.

None of these records were preserved as per federal securities laws.

The firm agreed to pay the penalty to the SEC and implement robust improvements to its compliance policies to settle the matter.

“Since the 1930s, recordkeeping and books-and-records obligations have been an essential part of market integrity and a foundational component of the SEC’s ability to be an effective cop on the beat,” said SEC chair Gary Gensler.

“As technology changes, it’s even more important that registrants ensure that their communications are appropriately recorded and are not conducted outside of official channels in order to avoid market oversight,” he added.

JPMS also admitted that these failures were firm-wide. Managing directors and other senior supervisors were also found to have used their personal devices to communicate about the firm’s securities business.

According to the SEC, JPMS received subpoenas for documents from SEC staff in numerous investigations during the time period the firm failed to maintain records.

In responding to the subpoenas, JPMS frequently did not search for relevant records on personal devices of its employees, thereby impacting the SEC’s ability to investigate potential violations of the federal securities laws.

In September, the SEC fined former Wells Fargo chief executive and chairman John Stumf $2.5 million for his role in a fake accounts scandal.

The regulator also said it had charged Carrie Tolstedt, former head of the financial services giant’s community bank, with “violating the antifraud provisions of the federal securities laws”.