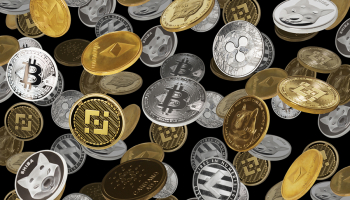 This week, Bloomberg reported that credit unions are seeking the ability to hold crypto-assets directly.

Already, the National Credit Union Administration has shown interest in partnering with third-party digital asset service providers. It is looking to offer custody services as well. Spokespeople have already expressed that it is legal to partner with third party services in this area. A statement read:

Financial advisors have been somewhat resistant in embracing crypto, but demand from clients are forcing the issue in the United States. Some of the larger advisors are owned by America’s largest banks, which brings the issue directly to the banking industry.

Only two senators presently hold Bitcoin and other crypto currencies, but that will likely change as it becomes more mainstream.

The entity also noted that unions will need to ensure that their partnerships meet standards on the both national and state level, insinuating that the unions have a responsibility to oversee the relationship from a legal standpoint. It also stated, “A union’s relationship with third parties offering crypto-related services and related technologies will be evaluated by the NCUA in the same manner as all other third-party relationships.”

It was clear that it was not recommending to offer such services to its members, but that It was free to do so.