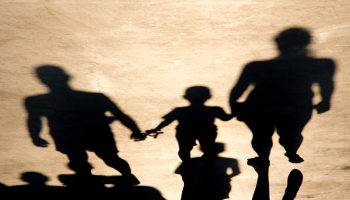 Access to Bank On certified accounts, designed to tackle financial exclusion, has risen significantly, according to figures published by the American Bankers Association (ABA).

Bank On accounts are now available at more than 39,000 branches of different banks across the US, the ABA’s data show. These are savings or checking accounts that meet a set of criteria, including low or no fees, small minimum opening deposits, and easy access.

Last year, 94.8% of low-and-moderate-income households had access to a nearby branch offering Bank On, up from 65.4% in 2015 — the year the Cities for Financial Empowerment (CFE) Fund issued the first set of Bank On National Account Standards.

Encouragingly, the latest figures also show access to banks in rural areas offering Bank On credited accounts has been on the rise since 2015, growing from just 20 branches to 720 in 2021.

Close to 5% of US households — approximately 12 million adults — are “unbanked” without a checking or savings account, according to the CFE Fund, which launched the Bank On initiative in 2006.

In October 2020, the ABA partnered with CFE Fund to encourage banks across the country to offer Bank On certified accounts and improve understanding within the banking sector.

This month, New York Community Bank became the latest company to launch a new Bank On certified checking account. The account is available online as well as through its 237 branches across five states.

Separately, the bank also announced the launch of a Spanish-language version of its website.

Thomas Cangemi, chairman, president and CEO of New York Community Bank, said: “As one of the largest banks in the country, it is important for us that all consumers have access to financial products and services.”

He added that the new account and website translation were both aimed at promoting financial inclusion, as well as contributing towards “our goal of ensuring that consumers are able to monitor and improve their finances in a safe and affordable manner”.