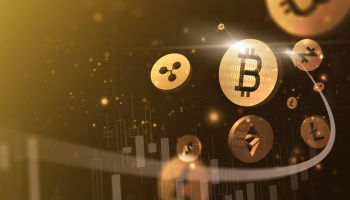 More than half of Americans believe cryptocurrencies and other digital assets are the “future of finance”, according to a new poll.

Software company Starkware’s research found that 53% of Americans held this view, with the belief particularly strong among younger generations.

The survey questioned 2,000 American adults and found that 68% of people in the 25-34 age group felt that cryptocurrencies would be a core part of their financial futures. A similar proportion — 61% — of those in the 35-44 age group agreed.

One in five respondents already invested in cryptocurrency, with half of those saying they “fiddle or amend” their holdings daily. More than a quarter (27%) did so several times a day.

He added: “We see that young Americans, those who will soon shape the economy, are especially tuned in to crypto. It’s an important insight that they are investing in large numbers, and overwhelmingly convinced crypto will be ‘the future’.”

However, the poll also recorded concerns over the environmental impacts of cryptocurrency, with 34% of respondents agreeing that reducing the carbon footprint of cryptocurrency was important to them.

The survey comes as more and more banks begin to explore the uses and benefits of cryptocurrencies. This week, California-based Silvergate Bank announced it has issued a $205 million loan collateralized by bitcoin.

The loan was issued to MacroStrategy, a subsidiary of business analytics company MicroStrategy. It is secured against bitcoin held by MacroStrategy, and the proceeds will be used to purchase more of the digital currency as well as for general corporate purposes, according to a statement from the bank.

Silvergate CEO Alan Lane said the loan was “an exceptional example of how institutions can utilize their bitcoin to support and grow their business”.

Michael Saylor, chairman and CEO of MicroStrategy, added: “Using the capital from the loan, we’ve effectively turned our bitcoin into productive collateral, which allows us to further execute against our business strategy.”