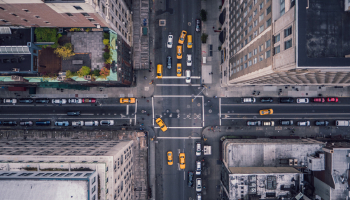 The mayor and comptroller of New York City have cut business ties with Wells Fargo over accusations of discrimination at the bank.

In a statement, mayor Eric Adams and comptroller Brad Lander said the City of New York would not be opening new depositary accounts with the bank.

The move is in response to a Bloomberg report, published March 11, 2022, which stated that Wells Fargo accepted 79% of white applicants who sought to refinance their homes in 2021, but only 58% of black applicants.

In the previous year, Bloomberg reported that Wells Fargo rejected over half of black applicants in comparison to 28% of white applicants.

Adams and Lander said they were “gravely concerned” about Bloomberg’s findings.

However, Wells Fargo has denied the article’s claims. In a statement this week, the bank said: “We are deeply disappointed that Mayor Adams and Comptroller Lander would publish a press release like this based solely on a news report.

“More specifically, we are deeply disturbed by irresponsible allegations of discrimination that we believe do not stand up to scrutiny. We are confident that we follow relevant [government-sponsored enterprise] guidelines in our decision making and that our underwriting practices are consistently applied regardless of a customer’s race or ethnicity.

“We do not believe that these claims are based on factual analysis. We welcome the opportunity to correct the record with city officials.”

Adams and Lander said the pause on business would take effect as they investigate the findings and stated that Wells Fargo was engaging with the city on the matter.