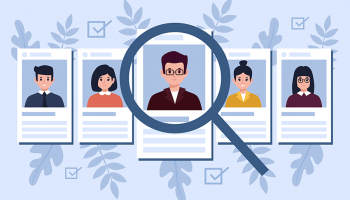 Banks and other financial services organizations are struggling to attract and retain staff, according to a new report.

WorkFusion, a recruitment company, found that 87% of financial organizations have struggled to retain employees over the past year, with staff turnover increasing 35% year-on-year, on average.

This has led to further staffing issues, including increased workloads on existing employees who were already stretched.

Furthermore, 89% of respondent companies reported issues with recruitment at both entry level and experienced level.

It took an average of seven months for experienced personnel to reach productivity, the research found, while 33% of companies found operational productivity had decreased.

In addition, the research suggested automation technology was not saving company costs or increasing efficiency.

Just 10% of respondents said their automation solutions could automate complex tasks. However, 90% said they planned to increase spending on artificial intelligence and machine learning over the next two years.

The issue is not restricted to large banks and insurers. According to the State of Community Banking Survey, published by consulting firm Wipfli, talent management was a top issue raised by community banks, with 74% rating it a “primary concern”.

Two thirds (67%) said they were “extremely concerned” about employee retention and recruitment.