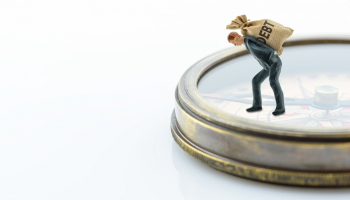 US consumers appear uncertain about how higher price inflation will play out in the near and medium term, according to a survey by the Federal Reserve Bank of New York.

US inflation climbed to 8.3% in April, nearing 40-year highs.

On average, uncertainty around future inflation outcomes increased to a new high for short-term horizons, the New York Fed found.

Perceptions around access to loans and credit deteriorated, with more respondents reporting it was harder to obtain financial assistance compared to a year ago. Hopes for future credit availability also diminished.

The New York Fed’s survey is based on nationally representative, internet-led research analyzing responses of 1,300 households.

The findings reflect those of Bank of America’s 2022 Small Business Owner report, which found that 88% of small businesses continue to be impacted by inflation concerns and supply chain disruption, though long-term outlooks remain strong among over 1,000 respondents.

Separate data released by the New York Fed also revealed a substantial increase in total household debt in the first quarter of 2022. Total debt increased by $266 billion to $15.8 trillion, a spike of 1.7%. Balances were $1.7 trillion higher than at the end of 2019, before the Covid-19 pandemic.

Mortgage balances rose by $250 billion in the first quarter, finishing March at $11.2 trillion, while credit card balances were $71 billion higher at the end of March 2022 than they were a year earlier.