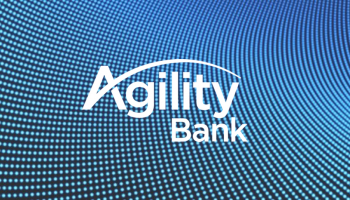 Agility Bank, a women-owned and led institution based out of Houston, has become the first bank to receive minority depository institution (MDI) status in 15 years.

As a result of this recognition from the Office of the Comptroller of the Currency, Agility has become the first de novo national bank in the US opened with predominantly female leadership and ownership.

“This is a very rewarding designation for Agility but also for the small and mid-size businesses that form the backbone of Houston’s economy,” said Lauren Sparks, president and chief executive officer of Agility.

“Further, our ability to work with larger banks and corporations will bring new sources of capital to these growing companies.”

Michael Hsu, acting comptroller of the currency, has described MDIs as “critically important” and expressed hope that others would follow Agility: “Today marks a small, but important step in increasing diversity in bank leadership and ownership.

“My hope is that today’s event marking Agility’s success in obtaining a national bank charter inspires others to follow in founder Lauren Sparks’ footsteps.”

A bank can qualify as an MDI if 51% or more of its voting stock is owned by minority individuals, or a majority of the board of directors are minority or part of the community the entity serves.

Of Agility’s first-round shareholders, over 80% are from Houston, more than 60% are women and approximately 40% identify as members of a minority group. The bank’s board is comprised of 84% women.

There are currently 143 banks with MDI status in the US, District of Columbia, Puerto Rico and Guam out of 4,400 banks.