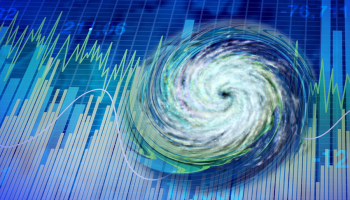 Over the last two weeks, the market has rebounded off of its lows, with Thursday closing strong. Additionally, the housing market continues to be strong even with interest rate hikes continuing.

All of this relatively good news came, however, with a warning from the head of America’s largest bank, JPMorgan Chase, Jamie Dimon. On Wednesday, Dimon said an economic hurricane is coming but tempered it slightly by saying that nobody knows if it will be minor or “Superstorm Sandy.”

Regarding the JPMorgan Chase bank, he said the result of the outlook is that the bank will be conservative with the way the company manages the business. His concerns ranged from unease about the Federal Reserve’s ability to manage inflation to supply chain issues on a global scale.

Some analysts were hoping that the recent bump in the market showed signs of a bottom, but Dimon’s influence on expectations is unparalleled on Wall Street and kept optimists in the minority.

He continued with his metaphor, taking the role of a weatherman a few days before a storm would hit that is out in the ocean, while there are temporary blue skies at the moment. Dimon expressed the view that we are in unchartered territory when it comes to quantitative tightening. He also mentioned this could slow the red-hot housing industry.

The Ukraine war has also left the headlines on most news outlets as Americans settle into the war as simply part of the news cycle. However, Dimon was quick to remind bankers and investors that the negative impact on commodities will likely continue, and that there is no quick solution to the wary, and it will impact the way he runs the bank.

The cautionary action for banks is to keep a conservative balance sheet.