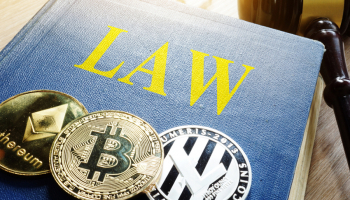 The legislation is designed to act as a “regulatory framework for digital assets”, according to a press release announcing the Act’s introduction. It aims to encourage responsible and transparent financial development and provide consumers with necessary protections when investing in cryptocurrencies or digital assets such as non-fungible tokens.

It will work to address a range of different topics across the market, including banking, tax, regulation of stablecoins, and interagency coordination.

The senators’ announcement claimed the bipartisan act was the most definitive of its kind, aiming to bring clear and comprehensive regulation to the digital asset and blockchain markets.

Senator Lummis, a member of the Senate Banking Committee, said: “The United States is the global financial leader, and to ensure the next generation of Americans enjoys greater opportunity, it is critical to integrate digital assets into existing law and to harness the efficiency and transparency of this asset class while addressing risk.

“My home state of Wyoming has gone to great lengths to lead the nation in digital asset regulation, and I want to bring that success to the federal level. As this industry continues to grow, it is critical that Congress carefully crafts legislation that promotes innovation while protecting the consumer against bad actors.”

The regulation is also known as Lummis-Gillibrand and contains a host of provisions, including the creation of an advisory committee, the drafting of stablecoin requirements, an in-depth look into the consumption of energy by the digital asset market, and the establishment of a taxation structure for digital assets.