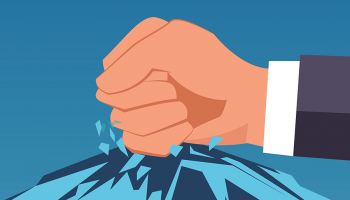 Banking associations across the US have slammed proposed new powers for credit unions as “a self-serving piece of credit union legislation masquerading as a financial inclusion initiative”.

The American Bankers Association (ABA) and the state banking associations for all 50 states plus Puerto Rico wrote to the House Rules Committee expressing strong opposition to the Expanding Financial Access for Underserved Communities Act.

It has been included within the Financial Services Radical Equity, Inclusion, and Economic Justice Act, which is aimed at bringing more people into the US banking system.

The organizations said there was “simply no justification or need” for the Expanding Financial Access bill, describing it as a “credit union charter enhancement bill” that would not improve financial inclusion and calling for it to stripped from the wider inclusion act.

“This legislation does not deliver on the purported objective of improving banking access nor does it address the needs of underserved communities,” the letter stated. “It instead should be seen for what it is: a pretext for charter enhancement at ongoing cost to taxpayers.”

The letter also called for the introduction of a way to measure credit unions’ impact on local communities similar to the Community Reinvestment Act that applies to banks. The absence of such a measurement was “extremely troubling”, the associations said.

Credit unions already hold the ability to “serve underserved areas if they identify a local need and choose to do so”, the associations stated.

The legislation effectively weakened the criteria for credit union status, the associations argued, as it allowed such organizations to add “multi-state areas to their membership and count that as a ‘local’ community”.

Associations previously wrote to the House of Representatives’ Committee on Financial Services lobbying on the same issue.

The ABA has raised repeated objections to tax-exempt credit unions acquiring banks and, in its view, operating outside of the traditional areas they were created to serve.