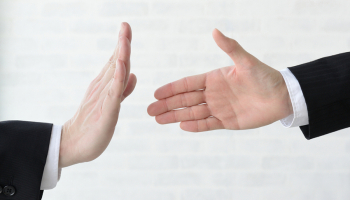 The companies announced late last week that they had agreed to terminate their original agreement, which was first announced on March 31, 2021. Since then, the agreement has been extended three times as they waited for regulatory approval.

Leonard Moreland, CEO of Heritage Southeast Bancorporation, said: “After much contemplation and discussion, the board of directors of both institutions concluded the best path forward would be to discontinue the proposed transaction between our companies as all required regulatory approvals would not be obtained in a timely manner.”

Heritage Southeast, a state-chartered bank headquartered in Jonesboro, Georgia, will now review its options and identify “strategic alternatives to enhance shareholder value”, it said in a separate statement after the termination was announced.

The deal would have boosted Florida-headquartered VyStar’s assets to approximately $12.5 billion, and grown its branch network to 88.

The parties have agreed that each company will bear its own costs and expenses in connection with the terminated transaction, and that neither party will pay any termination fee as a result of the mutual decision to terminate the purchase agreement.

The termination follows months of pressure on credit unions that were considering M&A activity in the banking sector. The American Bankers Association has been particularly vocal in its opposition to such deals, calling on Congress to intervene. It has argued that credit unions’ tax-exempt status is based on them serving lower income clients, but they are attempting to expand into higher-income markets outside of the “congressional mandate behind the credit union tax exemption”.