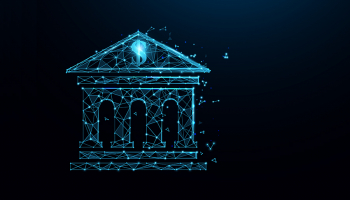 Underbanked and some “harder-to-reach” groups believe that traditional banks and cash will fall out of use in the next five to 10 years, according to a new survey.

The survey, conducted by market research agency Reach3 Insights, found that a “significant percentage” of the 945 adults it polled felt cash would not be used in five years’ time and “traditional banks will disappear” in a decade.

The survey focused on lesser-served audiences such as African American, Hispanic, and Asian American communities, LGBTQ+ people, younger adults, and the underbanked.

“DE&I audiences and those who are traditionally harder-to-reach for financial services providers expect big changes in the future of financial services, such as the use of more digital tools and crypto accompanied by less in-person interactions,” said Siddharth Gopinath, senior vice president of Financial Services at Reach3 Insights.

“As a result, the future of retail needs to be re-imagined to stay relevant. Many new products that represent the future of financial services will rely on these audiences for growth, making the need to engage with them of critical importance to the industry.”

More than half (51%) of respondents who identified as “underbanked” said they expected traditional banks to disappear in the next 10 years. Across the whole sample, 30% of people agreed.

Just under a third of all respondents felt cash would no longer be used in five years’ time. However, this figure was higher in some groups, with more than 40% of Generation Z, LGBTQ+, and underbanked respondents agreeing.

More than half (54%) of respondents said they expected to use digital tools more often and have fewer interactions with real people when making financial transactions over the next five years.

Less than half (44%) across the sample said they would use a digital bank in the future, but interest was much higher within the LGBTQ+, underbanked, Generation Z, and Millennials groups.