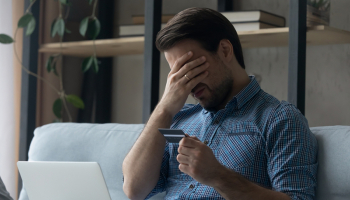 As a result, the CFPB plans to launch a full review into “excessive” fees by seeking data on aspects such as late fees and late payments, in order to assess whether the penalties are deemed “reasonable and proportional”.

In a statement, the bureau said it was seeking information related to the Federal Reserve Board’s 2010 immunity provision for excessive late fees, which it said allowed credit card companies to “escape enforcement scrutiny”.

The CFPB stated that over 175 million Americans currently held at least one credit card, meaning penalty charges have the potential to impact a majority of the US population.

The bureau said it would also explore how fees and charges affect credit card companies’ profits.

In a report released in March this year, the CFPB found that many major issuers charged the maximum late fee allowed, with 18 of the top 20 issuers setting late fees at or near the established maximum. This made up a sizable proportion of companies’ profitability.

Rohit Chopra, director of the CFPB, said: “Credit card late fees are big revenue generators for card issuers. We want to know how the card issuers determine these fees and whether existing rules are undermining the reforms enacted by Congress over a decade ago.

“This effort is particularly timely since current rules might give companies the incentive to impose big hikes based on inflation.”

The review into credit card penalty policies comes after the CFPB revealed it was conducting research into how US banks apply overdraft charges by collecting key metrics relating to consumer impact.