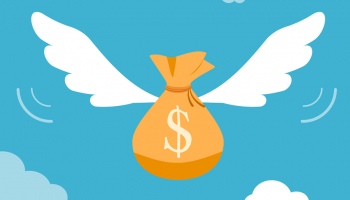 US bank customers could save more than $4 billion annually as a result of overdraft fee changes implemented by some of the country’s largest banks, according to new research from Pew.

Changes at the top three banks alone — JPMorgan Chase, Wells Fargo, and Bank of America — are expected to save their customers more than $2 billion every year in fees.

Research by the Consumer Financial Protection Bureau (CFPB) last year found that these three banks accounted for 44% of all overdraft revenue in 2019, excluding credit unions and the smallest banks.

Most of the 25 largest banks in the country — including Bank of America, Wells Fargo, US Bank, Truist, and Regions Bank — have already eliminated nonsufficient funds (NSF) fees and certain overdraft charges while adding safeguards to their overdraft programs.

More than half of the 25 banks no longer charge NSF fees on personal checking accounts, and a majority no longer charge fees to transfer money from customers’ other linked accounts to cover overdrawn transactions, Pew’s research found.

According to Alex Horowitz, principal officer at Pew, overdraft penalties and NSF fees averaged $35 per transaction in recent years, with repeated overdrafts causing some consumers to become unbanked.

“High and repeated overdraft fees can harm the financial wellbeing of struggling consumers as well as the inclusivity of the banking system if customers are forced to leave or close their accounts,” Horowitz explained.

Meanwhile, seven of the top 12 banks have announced or launched small installment loans or lines of credit to allow customers to borrow small amounts of money from their banks on affordable terms.

Horowitz said these consumer-friendly changes also should help reduce the number of unbanked Americans over time.

The research findings come as the CFPB is investigating how much banks charge for overdrafts and credit cards, and follows significant research and activity in the banking sector to address the unbanked and underbanked populations.