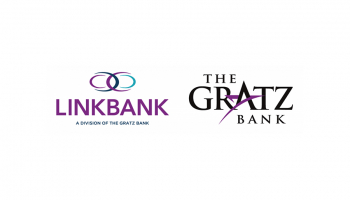 Pierce brings 25 years of experience in technology to his new role, which will see him hold responsibility for leading the company’s operations and technology functions.

Most recently, Pierce served as director of enterprise data and applications at The Bryn Mawr Trust Company. He has also worked as head of enterprise data engineering and architecture for BB&T Corporation and as principal architect for Susquehanna Bank.

Meanwhile, Jon Ditlevsen, president at 1st Capital Bank, will assume the responsibilities and title of chief lending officer, the company said in a statement.

Regions Bank — Alabama-based Regions Financial Corp has added three new members to its board and that of its subsidiary Regions Bank.

Mark Crosswhite, chairman, president and CEO of Alabama Power Company, has joined the board, effective July 1. Crosswhite is also chairman of the boards of the Economic Development Partnership of Alabama and Prosper Birmingham, and also serves on corporate, civic and non-profit boards.

Noopur Davis, corporate executive vice president and chief information security and product privacy officer for Comcast, has also joined the board, effective July 1. Davis is a member of several trade associations and serves on the board of Entrust, Immersive Labs and the National Technology Security Coalition. She also serves on several advisory councils including Google Cloud.

Finally, Tom Hill, chairman, president and CEO of Vulcan Materials Company, will also join the Regions board as of July 1. Hill is involved in several industry trade groups and serves on the boards of the Birmingham Business Alliance and the Economic Development Partnership of Alabama.

Atlantic Union Bank — Rilla Delorier has joined the board of directors at Virginia-based Atlantic Union Bankshares Corporation, the holding company for Atlantic Union Bank. Most recently, she was chief strategy and digital transformation officer at Umpqua Bank. Prior to this, she worked at SunTrust Bank as chief marketing officer.

Delorier is currently on the boards of NYMBUS and Coastal Community Bank, both based in Everett, Washington. She also serves on the board of Central City Concern and the investment committee for the Oregon Venture Fund.

In this role, Magnuson will act as principal liaison between independent directors, board members, the chairman and CEO, among other members of senior management on matters including corporate policy, strategy, and executive management performance.

Johnson, president and CEO at the Detroit Economic Growth Corporation, has worked in both public and private economic development positions throughout the US during his career. Sondhi is founder and president of Sondhi Solutions, an IT staffing and consulting company.

Redwood Capital Bank — California-based Redwood Capital Bank has welcomed back its president and CEO John Dalby following a temporary medical leave of absence. Dalby acknowledged Jennifer Budwig for her leadership as acting CEO during his leave. The board chairman, John Gierek Jr, also noted that while Budwig maintained “the top-notch service our customers have come to expect, as well as continuing our premiere financial performance”.