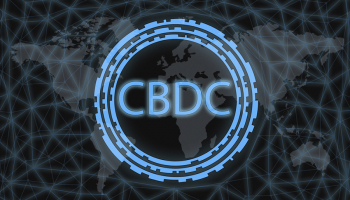 The Independent Community Bankers of America (ICBA) has urged US policymakers to gain authorization and oversight from congress before proceeding with the creation of Central Bank Digital Currency (CBDC).

In a comment letter to the Commerce Department, the ICBA suggested that the risks of CBDC “far outweigh the uncertain and unproven benefits cited by CBDC advocates”.

As the US considers the issuance of a CBDC, the Federal Reserve Board recently explored the risks and benefits of CBDC, while Biden issued an executive order in March, partly calling for an exploration of creating this currency.

However, while research from Bank for International Settlements in May found that over the past year, the share of central banks actively engaged in some form of CBDC work grew to 90%, the ICBA argued that CBDC threatens to disintermediate community banks.

Community banks serve a “vital role” in providing access to financial services and payments innovation, and the disintermediation of them raises the risk of “serious economic consequences”, the letter highlighted.

ICBA also reiterated its call for policymakers to harmonize oversight of crypto-assets, including stablecoins, and stated that digital assets present significant threats, such as vulnerability to financial crimes.

According to the ICBA, stablecoins, which exist in an unregulated space, should be brought into the federal banking regulators’ perimeter to address risks.

By working together, the federal banking and markets regulators could create a comprehensive regulatory framework for digital assets, which will promote responsible innovation, the letter stated.

The concept of a US CBDC has already gained criticism this year.

In May, the American Banking Association wrote to the Fed and argued the US lacks “compelling use cases” for a CBDC, that would “fundamentally rewire” the banking system.

Fed official Randal Quarles has also admitted he feels “skeptical” about the concept.

The ICBA letter also noted alarm has spread through the industry due to the growing number of deposits flowing out of the banking system into unregulated cryptocurrency platforms.

ICBA added: “The risk for contagion is real, and ICBA urges policymakers to act now to prevent crises in the crypto markets from harming the wider financial system.”

Rebeca Romero Rainey, ICBA president and CEO, concluded: “Policymakers should collaborate to develop a comprehensive regulatory framework for digital assets while utilizing more effective alternatives to a US CBDC, including deposit accounts and faster payments.”