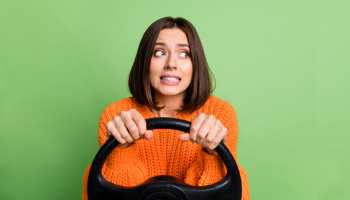 Sudden changes to interest rates have the potential to stress the economy and financial markets, according to Esther George, president and CEO of the Federal Reserve Bank of Kansas City.

In a speech entitled ‘Tightening Monetary Policy in a Tight Economy’, George highlighted that “communicating the path for interest rates is likely far more consequential than the speed with which we get there”.

The Fed has been increasing interest rates since March in attempt to curb inflation, but George noted that even before this treasury yields had already “moved up significantly”.

Additionally, financial conditions were already tightening before the March increase.

George said this is because expectations were building for significant adjustments in monetary policy.

She commented: “This is already a historically swift pace of rate increases for households and businesses to adapt to, and more abrupt changes in interest rates could create strains, either in the economy or financial markets, that would undermine the Fed’s ability to deliver on the higher path of rates communicated.”

George also indicated her surprise of discussions around recession risk, while there have also been forecasts predicting interest rate cuts for next year.

Such projections suggest that a rapid pace of rate increases brings about the risk of tightening policy more quickly than the economy and markets can adjust, according to George.

To achieve price stability, George reinforced support for the ongoing rate increases accompanied by a significant reduction in the size of the balance sheet.

“The pace at which this path unfolds will need to be carefully balanced against the state of the economy and financial markets, particularly during a time of heightened uncertainty, to effectively achieve this objective,” George concluded.

The Fed’s latest annual stress tests revealed major US banks have “strong capital levels” and could cope with a severe global recession, and absorb more than $600 billion in losses.