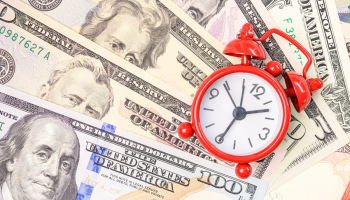 Median one-year-ahead inflation expectations have increased to 6.8%, from 6.6% in May, marking a new series high, according to the Federal Reserve Bank of New York.

The organization’s June 2022 Survey of Consumer Expectations found that this increase was driven by respondents over the age of 60 and respondents with some college education.

In contrast, median three-year ahead inflation expectations decreased to 3.6% from 3.9%. The decline in expectations was broad-based across education and income groups.

In May, the New York Fed’s survey revealed median inflation expectations dipped to 6.3% in April, down from 6.6% in March.

Meanwhile, the bank observed a sharp decline in expectations around changes in home prices for this period next year. The median expected change sunk to 4.4% from 5.8%, which is the lowest reading of the series since February 2021.

The decline is the second largest recorded in the survey's series, surpassed by the decline at the onset of the pandemic.

The median one-year-ahead expected change in the price of food decreased by 0.1 percentage point to 9.2%.

In the Labor Market, the mean probability that the U.S. unemployment rate will be higher one year from now has increased by 1.8 percentage points to 40.4%, its highest level since April 2020.

According to the bank, this was driven by respondents with annual household incomes over $50k.

For household finance, the survey identified that respondents were also more pessimistic about their household's financial situation in the year ahead.

The mean perceived probability that US stock prices will be higher 12 months from now fell from 33.8% to 36.2%.