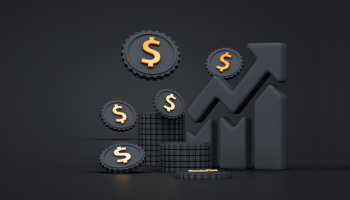 The report also raised expectations that the Federal Reserve might not be as aggressive as originally thought with interest rates, potentially going for a .75% rate increase instead of 1%. The unlikely catalyst for Goldman Sachs was fixed income traders, beating expectations by more than $600 million driving bank shares higher.

Bank of America also raised investor optimism in the banking sector with better than expected earnings, but for a different reason. The bank was able to capitalize on higher interest rates, for example.

While the markets will likely continue to be volatile in the final two weeks of July, some institutional investors seem to be hoping that the potential of a soft landing is at least a possible scenario. The earnings reports are in stark contrast to their two large counterparts that reported last week.

To see where the overall banking industry is holding up, analysts will have to look into midsize bank earnings rather than the larger banks, particularly for the retail banking sector. The bounce of 3-4% that Goldman Sachs and Bank of America received after earnings reports is almost the exact contrast to Morgan Stanley and JP Morgan’s decline.

Bank stock valuations are off for the year, but analysts still note stronger cash positions than in previous volatile economic cycles.