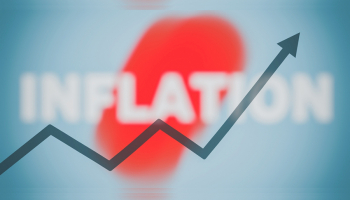 UK inflation has hit its highest level in 40 years, with the consumer price index hitting 9.4% in the 12 months to June.

The Office for National Statistics (ONS) had previously recorded inflation as 9.1% in the year to May.

Inflation is now increasing at a faster rate, having been recorded at 9% in April.

The most recent rise is due to rising prices in both fuel and food.

The ONS had recorded average petrol rises as rising 18.1p per litre in June, the largest monthly rise since 1990. Diesel prices rose by 12.7p per litre in this time.

“We still have October’s energy price cap increase to come when inflation is expected to peak — but another of the more serious cost rises that some households need to prepare for will arise when they come to remortgage,” says Lowery.

All eyes on Threadneedle Street

The latest figures have brought attention back to the chance of a recession in the UK later this year, something markets have taken note off explains IG Group chief market analyst Chris Beauchamp.

“There is now every expectation that the Bank of England will move by 50bps at its next meeting, finally closing some of the gap on the hawkish Fed,” says Beauchamp.

“But the pound’s lacklustre reaction to the news shows that markets are increasingly worried about a UK recession, thanks to the squeeze on consumers both from higher prices and increased borrowing costs.”

Bank of England governor Andrew Bailey will now be under greater pressure to act.

A rate rise of 0.25% had been expected prior to this new data. Today’s developments, along with stronger than expected GDP growth in May of 0.5%, mean more are expecting bolder action from the MPC.

“The Bank of England will be feeling the heat of the past few days and has a very difficult job on its hands to ensure the economy has a soft landing,” says Richard Carter, head of fixed interest research at Quilter Cheviot who warns the economy could be tipped into contraction if more extreme rate rises are required.

“However, the BoE has to balance that with the need to get inflation down and given its persistence it may feel it has no choice but to act strongly now,” he adds.

Speaking at the Mansion House Financial and Professional Services Dinner on 19 July, Bailey made clear he would act “forcefully” to bring inflation back to its 2% target.

He told the City: “If we see signs of greater persistence of inflation, and price and wage setting would be such signs, we will have to act forcefully. In simple terms, this means that a 50-basis point increase will be among the choices on the table when we next meet.”

The next MPC meeting is due to take place on 4 August.