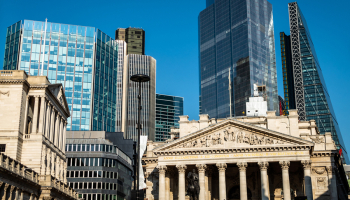 The Federal Reserve Board (FRB) is seeking comment on its new proposal that provides default rules for contracts that use the London Interbank Offered Rate (Libor) reference rate.

The proposal identifies separate board-selected replacement rates for derivatives transactions contracts where a government-sponsored enterprise is a party, and all other affected contracts.

Each proposed replacement rate is based on the Secured Overnight Financing Rate (SOFR).

Additionally, the FRB explained that the proposal would replace references to Libor in certain contracts with the applicable board-selected replacement rate after June 2023.

The contracts include those governed by domestic law that do not mature before Libor ends and that lack adequate fallback provisions, according to the FRB.

The default will apply to certain contracts that use Libor and will implement the Adjustable Interest Rate (Libor) Act, which Congress enacted earlier this year.

The act aims to replace references to Libor in existing contracts without adequate fallback provisions, which are provisions in the contract related to the identification of an alternative reference rate.

Libor has been the dominant reference rate used in financial contracts for decades but many Libor settings ceased to operate from the end of 2021.

USD settings are being retained in its current form until June 2023 to allow an efficient wind down of legacy contracts.

Libor’s discontinuation comes down to the growing concern from regulators regarding the structural vulnerabilities and robustness of Libor, which were made apparent following the financial crisis of 2007–2009.

According to FRB, the weaknesses in the governance of Libor also “created the opportunity for Libor panel banks to manipulate Libor, and numerous high-profile examples of such manipulation were exposed”.