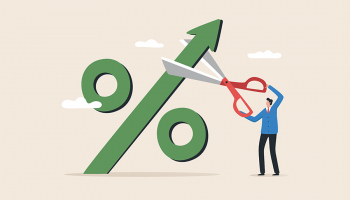 Community banks stand to save more than $41 million in regulatory fees after the Office for the Comptroller of the Currency (OCC) adjusted its assessment rates.

Acting Comptroller of the Currency Michael Hsu last week announced the reduction, on top of cuts amounting to 23% that have been implemented over the three years to the end of 2021.

“The purpose of this adjustment is to level the playing field with the cost of supervision compared to state community bank charters,” Hsu said in an address to an event hosted by the Texas Bankers Association.

“The recalibration will not reduce the quality of OCC supervision or the resources available to community banks. I am hopeful that this reduction will provide community banks with extra breathing space and capacity to invest and seize opportunities related to digitalization, compliance, cybersecurity, and personnel.”

The rates cut followed a study published by the Federal Deposit Insurance Corporation that found smaller community banks were disproportionately hit by increases to deposit insurance assessment rates during the financial crisis in 2008 and 2009. The hikes resulted in a 1.6% decline in lending in the quarter immediately following a seven-basis-point increase in premiums, according to the study.

Digitalization was a strong theme of Hsu’s speech last week, with the comptroller highlighting the need for strong and fair regulation, treating fintechs entering the traditional banking space with the same rules as established banks.

He also emphasized the need for community banks to achieve scale with their digital services — often a challenge for organizations with small customer bases or target markets.

“The key danger here is that in the search for scale, the core comparative advantage of community banks — relationship banking — gets lost,” Hsu said. “In the extreme, the search for scale can result in ‘rent-a-charter’ arrangements with arbitrage-focused fintechs. I think we can all agree that strategically that path is problematic and a dead end for the industry.”

Instead, he called for greater collaboration between community banks to pool resources. The OCC was exploring how it can help in this regard, he said.