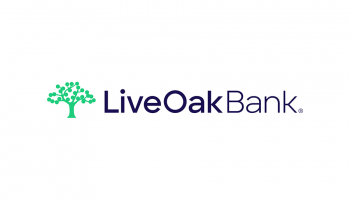 Live Oak Bank — The North Carolina-based bank plans to add more than 200 new roles over the next five years to support small business lending, it announced this week.

The bank also plans to grow its premises and add a fourth site with the support of more than $2 million in grants from the state, New Hanover County, and the city of Wilmington.

Since the start of this year, Live Oak has hired 10 lending staff in nine states to support its Small Business Administration loan program.

Huntley Garriott, president of Live Oak Bank, said the new hires were part of “an effort for Live Oak to deliver on its mission to be America’s small business bank and provide access to capital with our differentiated approach”.

Truist — Mike Maguire has been named Truist’s chief financial officer with effect from September 15, the financial services giant has announced. He succeeds the retiring Daryl Bible, who will remain with Truist for a short period to aid the transition.

Maguire is currently Truist’s chief consumer finance and payments officer and was previously head of enterprise partnerships and investments.

In a statement Provident Bank said the new role “redefines the chief information officer role and underscores the company’s commitment to technology, innovation, and building for the future”.

Vakacherla joins from Peoples United Bank where he was chief transformation officer. He worked for Peoples for 17 years in a number of technology roles.

Comerica — Von Hays has been named executive vice president and chief legal officer, general counsel at Comerica. Hays has held the role on an interim basis since May, but has worked for Comerica for more than 15 years in various HR, litigation and corporate operations roles.

Atlantic Union Bank — The Virginia-based bank has named Sherry Williams as its new chief risk officer, succeeding the retiring David Bilko. In her new role, Williams will be responsible for the company’s enterprise and regulatory risk management functions, Atlantic Union said in a statement.

She was previously executive vice president and chief risk officer at Amalgamated Bank, where she also worked as its chief auditor. She has also worked at PwC, SunTrust Bank, the State of Georgia, and EY.

WaFd Bank — Chief risk officer Kelli Holz has been promoted to chief financial officer of Washington Federal Bank (WaFd). The promotion will take effect from January 1, 2023, when Holz will take over from the retiring Vincent Beatty.

Prior to joining WaFd, Holz was controller and interim chief financial officer at Horizon Bank up until its acquisition by WaFd in 2010.