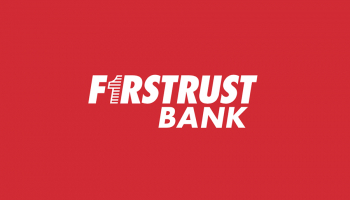 This change will take place from January 1 next year.

Abell has served as Firstrust’s president since 2007. He was the first non-family member to serve in the role of the family-owned bank and will retain his responsibility as president.

He joined Firstrust in 2004 and was previously market president for Fleet Bank, covering Philadelphia and Southern New Jersey.

Current CEO and chair Richard J. Green will become executive chair as part of these plans.

Green, whose grandfather founded the bank in 1934, will remain the owner of the organization.

He will also focus more on the Green Family Foundation’s philanthropic work as a result of this change.

"Tim Abell is an exceptional banker and charismatic leader who lives and breathes the Firstrust culture and our commitment to our customers and the community," Green said.

"I have had the privilege of working side by side with Tim for the past 18 years, and I have complete confidence in his leadership and ability to accelerate the bank's growth and serve the community that we both love."

In his new position, Abell is tasked with overseeing the bank’s strategic growth plan as well as its day-to-day operations and that of its subsidiaries.

Philadelphia-based Firstrust has assets of approximately $5 billion, making it one of the largest commercial banks in the region.