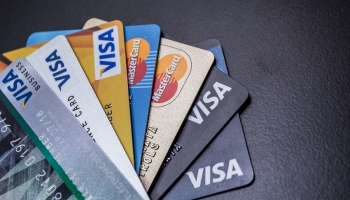 A plan to drive competition in the credit card market has drawn fierce opposition from banking groups that claim it will only serve to enrich already large and profitable retail corporations.

The American Bankers Association (ABA) and Independent Community Bankers of America (ICBA) have hit out at a proposed House bill aimed at breaking the dominance of Visa and Mastercard.

Congressmen Lance Gooden and Peter Welch introduced the bipartisan bill this week, a companion to the Credit Card Competition Act of 2022, introduced by Senators Dick Durbin and Roger Marshall in the Senate earlier this year.

In a press release, Congressman Gooden said the bill would “bring much needed competition to the Visa-Mastercard duopoly”. He added: “Our free-market economy cannot exist without healthy competition, and I am proud to introduce legislation to fulfill my pledge to protect small businesses and ensure these companies can no longer use their monopolistic power to crush their competition.”

However, ABA president and CEO Rob Nichols argued that Congressman Gooden’s proposal to put the Federal Reserve effectively in charge of the credit card system was itself “an affront to the free market system”, as well as threatening privacy and data security.

He accused the representatives of choosing the interests of big retailers such as Walmart and Amazon over the interests of community banks and banking customers, adding that the legislation was “deeply flawed and harmful”.

ICBA president and CEO Rebeca Romero Rainey described the move as “anti-consumer”, arguing that it would add to the damage done by the Durbin Amendment, which restricted debit card fees.

“Applying routing restrictions to credit card transactions would merely expand the Durbin Amendment’s government-orchestrated transfer of income from low-income households to the nation’s largest retailers, such as Amazon and Walmart,” Rainey said.

It would also bring an end to rewards programs, she continued, and increase the cost burden on community banks.

Rainey explained: “While the bill’s expanded mandates are designed to apply to banks with over $100 billion in assets, the measure would require all banks — including Main Street community banks — to subsidize the costly and burdensome changes it would impose on the payments system.

“This not only refutes the sponsors’ claims that their plan would help community banks, it also risks driving small issuers to exit the credit card business altogether — limiting access in local communities.”