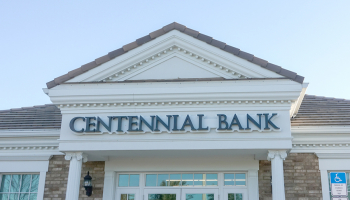 Arkansas-based Home BancShares and its subsidiary Centennial Bank have settled a lawsuit against ServisFirst Bank for $15 million.

The case related to the alleged breach of non-compete and non-solicitation clauses by four former Centennial staff who had left the company to join ServisFirst, in the wake of Centennial’s 2015 acquisition of Bay Cities Bank in a transaction worth more than $101 million.

“In all the years that Centennial has been operating, we had never initiated a lawsuit apart from routine loan enforcement actions,” said John Allison, Centennial Bank’s chairman. “However, we are committed to protecting the interests of our business and our shareholders where those interests are undermined.”

Kevin Hester, Centennial’s chief lending officer who oversaw the case, said the settlement “reflects the seriousness of the conduct”.

The quartet named in the action included former Bay Cities Bank CEO Greg Bryant, who moved to ServisFirst to become CEO for its West Central Florida operations. The lawsuit also named Patrick Murrin, Gwynn Davey, and Jonathan Zunz. Under the terms of the settlement, none of the named parties have admitted any wrongdoing.

Murrin was Bay Cities’ chief lending officer, according to court documents, while Davey was market president for Hillsborough County. Zunz was a commercial loan officer. Centennial alleged that all four resigned at the end of 2015 and joined ServisFirst in January 2016.

Centennial filed the lawsuit against ServisFirst and Bryant on January 14, 2016, adding in Davey, Murrin and Zunz as defendants in November 2016.