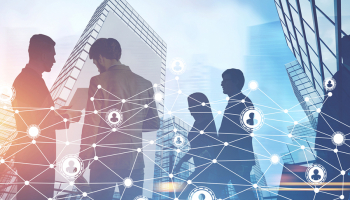 Endeavor Bank — Danna Murphy has resigned from her position as chief financial officer at California-based Endeavor Bank, the company said in a statement. She had held the role since May 2019.

She will leave her role with effect from November 15, 2022, but will remain available to assist the bank in transitioning her responsibilities to a new CFO. The search for her replacement has begun, Endeavor said.

Independent Community Bankers of America (ICBA) — The industry body has hired Kari Mitchum as vice president for payments policy. In a statement, the ICBA said Mitchum would advocate for the group’s payments and technology policy priorities.

Mitchum previously worked for the ICBA for 10 years as a project manager, leaving in 2006 for a role at Visa, according to her LinkedIn profile. She has also worked for the American Bankers Association and was most recently a product strategist at Navy Federal Credit Union.

Anne Balcer, the ICBA’s chief of government relations and public policy, said Mitchum’s experience would be important in its work “to advance a pro-community bank agenda in this critical and evolving area of our business”.

Her responsibilities in this new role will include integrating diversity, equity, and inclusion into every aspect of Wells Fargo’s operations. She will take on the DSRI role full time when a successor is appointed to lead the Home Lending unit.

First Citizens Bank — The North Carolina-based bank has appointed Eugene Flood Jr to its board of directors, replacing the retiring Daniel Heavner. He will take up the position on January 1, 2023 and join the risk committee.

Flood currently sits on the board of asset management company Janus Henderson Group, where he chairs the risk committee. He is a former CEO of Smith Breeden Associates and executive vice president of TIAA CREF until his retirement in 2012. Since 2013, he has been a managing partner at family office A Cappella Partners.

Arvest Bank — Arkansas’s Arvest Bank has hired Cinthya Allen as diversity, equity and inclusion (DEI) officer. She joins from the City of Norman in Oklahoma where she was DEI officer and Americans with Disabilities Act (ADA) coordinator.

She joined the company earlier this year as a compliance manager and has previously worked for credit card providers Capital One and World’s Foremost Bank.

Manufacturers Bank — The Californian bank has named Fred Mirzaian as executive vice president and chief operating officer, a newly created role. He will oversee the “development and transformation of operations and information technology” at the bank, the company said in a statement.

He joins from East West Bank where he was senior managing director and head of banking operations and IT. Before this role he was the founder, president and CEO of a payment processing company.