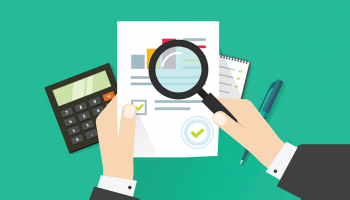 Community banks’ approach to the Paycheck Protection Program (PPP) helped reduce fraud and other risks during the nationwide emergency loan program, according to Independent Community Bankers of America (ICBA).

The industry body’s president and CEO Rebeca Romero Rainey said in a statement that community banks “traditional approach to lending, due diligence, and fraud mitigation controls provided them with a framework to identify and eliminate many lending risks that fintechs were not prepared to address”.

Rainey’s comments follow a damning report from the House Select Subcommittee on the Coronavirus Crisis, which claimed that several fintech companies were particularly lax in anti-fraud processes — and some owners may have committed PPP fraud themselves.

The ICBA CEO added: “The fintech model works best and provides the least risk when operating within the regulated space by partnering with community banks, known for their commitment to building trust and maintaining an appropriate risk management structure.

“According to the report, the fintechs that worked closely with community banks, responding to their requests for more formalized and in-depth fraud management, were able to increase due diligence on loans, mitigate fraudulent applications and benefitted from their relationships.”

Two fintech companies, Womply and Blueacorn, “failed to implement systems capable of consistently detecting and preventing fraudulent and otherwise ineligible PPP applications”, according to the subcommittee’s report. Between them, the two firms helped facilitate approximately a third of all PPP loans funded last year.

A third, Kabbage, allegedly “approved loans with clear indicators of likely fraud”, with one manager at the company reportedly having stated that the fraud risk was being borne by the Small Business Administration — and by extension US taxpayers.

In response to the report, KServicing — the legacy business of Kabbage after the bulk of it was bought by American Express — issued a statement arguing that the subcommittee’s report “does the American people a disservice by parsing bits of information out of context to reach a predetermined conclusion”.

“Looking back on the tumultuous time of the height of the COVID-19 pandemic, the fintech community played a vital role in helping bolster the US small business community and we are proud to have been part of that endeavor,” the statement concluded.