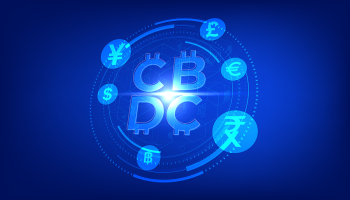 Digital currencies could help central banks restore confidence in the digital assets industry following the turmoil of 2022, according to a report from the Bank for International Settlements (BIS).

The report set out a number of options for central banks to consider as policy responses to the failures of crypto firms such as FTX, including outright bans or tighter regulations.

“By encouraging sound innovation in [traditional finance], they could contribute to a more efficient monetary system,” the authors wrote. “Central banks are uniquely placed to do this, as they sit at the core of the monetary and financial system.”

A well-designed CBDC could support innovation and “reduce the cost of payments, enhance financial inclusion, bolster the integrity of the system, and promote user control over data and privacy”, the BIS report said.

The Federal Reserve began exploring the potential for a CBDC — effectively a ‘digital dollar’ — in late 2021 but has faced opposition from the American Bankers Association and Independent Community Bankers of America, among others.

Aside from the introduction of CBDCs, the BIS report also suggested reforms to payment systems to improve quality and reduce costs, such as the FedNow system scheduled to be implemented later this year.

“Cryptoasset markets have experienced a remarkable series of booms and busts, often resulting in large losses for investors,” the BIS report stated. “While these failures have so far not spilled over to the traditional financial system or the real economy, there is no assurance that they will not do so in the future, as decentralized finance and traditional finance become more intertwined.

“Authorities can now consider a variety of policy approaches and at the same time work to improve the existing monetary system in the public interest.”