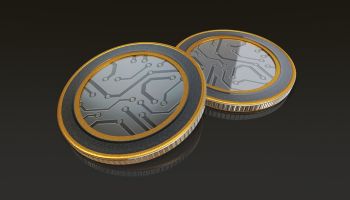 Bitcoin is a cryptocurrency without a country. Is the world ready for sovereign digital money? Experts discussed concepts and possibilities at Consensus 2016 conference.

When the concept of bitcoin came on the scene in 2008, a key idea was that it would be a stateless cryptocurrency, run in a decentralized fashion but kept intact and accurate through the accompanying concept of the blockchain, the electronic public distributed ledger that tracks the creation and transfers of ownership of bitcoins.

At Consensus 2016: Making Blockchain Real, a conference in New York City in early May,  there were at least two camps. One were diehard believers in bitcoin itself. The other were those who see tremendous potential in the blockchain technology itself for many financial services applications.

Those in the second camp include people who see bitcoin being left behind as the blockchain’s potential is explored and built upon. At times speakers kidded each other about whether they actually owned bitcoin, one leading player admitting that he only did so in order to be able to say he owned some of them. He said he had no idea what his bitcoin stash was worth.

What doesn’t surface too often among bankers, although it has a bit of momentum among the fintech crowd, is an offshoot to the concept: government-sponsored digital cash. In other words, official issuers or controllers of national currencies actually adopting something like the bitcoin model, but keeping it under their control.

One speaker at Consensus 2016 quipped to a generally pro-blockchain audience, “I keep hearing here that bitcoin is the answer. But what’s the question?”

The moderator of a session on “Digital Cash For Central Banks” gave a potential response to that. Michael Casey, moderator, is senior adviser, blockchain opportunities, for the Digital Currency Initiative at MIT Media Lab.

Casey, co-author of The Age Of Crypto-Currency: How Bitcoin And Digital Money Are Challenging The Global Economic Order, put the opportunity succinctly: “Some of the biggest customers may be in the public sector. Where government goes, that’s where the business is.”

If the concept of government-issued cryptocurrency seems pretty far out given how much cash is still used in the U.S. in spite of so many payment advances in recent decades, it is not something out of the blue. The session’s panelists represented aspects of an ongoing discussion that began in the wake of bitcoin’s introduction and that even includes an unofficial, unsanctioned concept called “Fedcoin.”

International interest in bitcoin and blockchain

Speaker John Schindler is a Federal Reserve economist detailed at present to the secretariat of the Financial Stability Board. FSB is an international regulators body hosted by the Bank for International Settlements. Schindler says FSB has been studying bitcoin and blockchain concepts for several years.  Among FSB’s purposes is addressing potential sources of international financial risk.

At the beginning of FSB’s work, said Schindler, the discussion was seen as fairly theoretical. However, in March of this year the FSB held its plenary meeting in Tokyo and issued a statement afterwards summarizing key issues discussed.

One of these were the potential systemic implications of technological innovations, including distributed ledger technology. The discussions covered opportunities to increase the analysis of and develop regulatory perspectives on blockchain and related technology, with an eye toward financial stability. Schindler noted that impacts could be both positive and negative, and that a challenge to looking into this is the rapid pace of change as technology develops.

The first—“this is a pretty big group right now”—is countries where there is no involvement with sovereign digital currencies (those issued by government at some level, as opposed to digital payments operated like bitcoin or otherwise in the private sector).

The second group consists of those nations where monetary authorities have analyzed sovereign digital currency as a concept, but moved no further.

The third group, smallest for now but growing, are those that have not only been through the analytical stage, but also through some tactical considerations regarding how they might implement a sovereign digital currency. Among these players are the Bank of England and the Bank of China, according to Schindler.

“Not so long ago nobody was thinking about sovereign digital currencies,” said Schindler. He expects many countries to move soon from the uninvolved category to the category of nations that have analyzed digital money.

Schindler noted that there is more to distributed ledger technology than sovereign currency possibilities. The advent of widespread use of public distributed ledgers could change the nature of regulation in some ways.

For example, Schindler said, at present regulatory reporting by banks and others generally occurs on a historical quarterly basis. In a world where regulators could see transaction flow on public distributed ledgers, their monitoring would be closer to real time.

In other words, said Schindler, “If the regulator wanted a report, they could push a button and get one. That’s a huge change.”

Schindler added, in response to another panelist’s point that “risk will always be with us” that FSB has already realized that it will be important to see if and how new technologies like blockchain shift risks, rather than eliminate them.

Schindler noted that the Bank for International Settlement’s CPMI—Committee for Payments and Markets Infrastructures—studies trends in those areas from safety and efficiency perspectives.

He said that late last year CPMI completed a report on digital currencies. According to an official summary, it made two key points, quoted below (italics added), regarding the differences between traditional currencies and digital ones:

• The first is the assets themselves (such as bitcoins). These assets can have some of the characteristics of a commodity and some of a currency. Currently, their monetary features (such as their use as a means of payment) are often more prominent, yet, these assets are not typically issued in or connected to a sovereign currency, are not a liability of any entity, are not backed by any authority and have no intrinsic value.

• The second feature is the technology used. Particularly noteworthy is the use of distributed ledgers. Most financial transactions are made via a centralised infrastructure, where a trusted entity clears and settles transactions. Distributed ledgers are innovative because they allow transactions in the absence of trust between the parties and without the need for intermediaries.

Could there ever be an American digital coin?

A point to ponder about bitcoin is that it “is essentially a foreign currency,” in that it has an exchange rate and otherwise has its own independent existence from the dollar and other national currencies, according to David Andolfatto, vice-president, research, at the Federal Reserve Bank of St. Louis.

The economist pointed out that bitcoin has not been a major issue for developed economies such as the European Community, the United States, and Japan, but that it has been more of an issue for economies outside of the “first world,” where currencies may not be as stable.

Andolfatto writes frequently on his own personal blog—which is truly so and not a statement of Federal Reserve policy or thinking—about monetary issues. The blog is called “MacroMania.”

Andolfatto has blogged and spoken a good deal about the concept of a “Fedcoin.” The economist did not invent the concept. Blogger J.P. Koning introduced the idea a couple of years ago on his independent blog “Moneyness.” But Andolfatto has explored the concept in his writings and in appearances such as at Consensus 2016.

To Andolfatto the basic concept of an official digital currency is not so farfetched as some might think. “Most of our money is digitized already,” he told listeners at Consensus 2016 during the panel discussion.

Fedcoin, in the theoretical form that Koning proposed and that Andolfatto has built on, differs from something like bitcoin in that the distributed ledger behind it would be subject to the Federal Reserve’s overriding oversight and control. This is different in some ways from the bitcoin blockchain model where everyone involved is an equal player. Andolfatto explained that the Fed would fix the exchange rate for Fedcoins versus traditional currencies.

A member of the audience questioned Andolfatto about the effect adoption of Fedcoin would have on Federal Reserve monetary efforts, such as the work of the Federal Open Market Committee. Andolfatto did not see advent of the digital currency as a challenge to the central bank.

“The composition of the overall money supply doesn’t matter,” said Andolfatto. “It would become another tool of Fed policy.”

In reaction to Schindler’s earlier point about regulatory access to the ledger of any eventual variant on Fedcoin Andolfatto noted that this would be a valuable tool. But he added that jurisdictional issues are sure to arise.

“I’m sure we can figure these things out,” said Andolfatto. “But we don’t have those rules in place yet.”

A deeper look at Fedcoin

Sessions such as this at Consensus 2016 tend to be short. But readers interested in a deeper understanding of the Fedcoin idea can visit these sources:

How to create sovereign digital coin: “Setting up the apparatus would be very simple. The Fed would create a new blockchain called Fedcoin. Or it might create a Ripple style ledger by the same name. It doesn't matter which. There would be an important difference between Fedcoin and more traditional cryptoledgers. One user—the Fed—would get special authority to create and destroy ledger entries, or Fedcoin.”

• Andolfatto’s reaction to it, “On The Desirability Of A Government Cryptocurrency”

Regarding the stability a Fed-supervised Fedcoin would have over the volatile bitcoin, using U.S. currency as an analogy: “Do you ever worry that your Lincoln might trade at a discount relative to (say) Washingtons? If someone ever offered you only 4 Washingtons for your 1 Lincoln, you have the option of approaching the Fed and asking for a 5:1 exchange rate—the exchange rate you are used to. Understanding this, people will generally not try to violate the prevailing fixed exchange rate system. The system is credible because the Fed issues each of these ‘currencies.’ Now, just think of Fedcoin as another denomination (with an exchange rate fixed at par).”