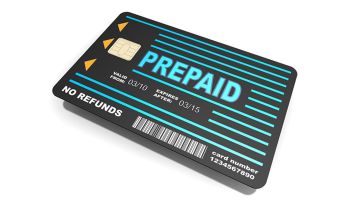 It wasn’t so long ago that prepaid cards seemed like the next big thing in retail financial services. They were mentioned prominently at the end of last year, primarily because of the holiday gift-buying season and also because a lot of industry soothsayers included them in their lists of financial trends for the coming year.

For example, Lee Wetherington of Profitstars in January included prepaid cards as one of his top three trends of 2014—and in not so good a way.

Another example, less ominous but eyebrow-arching nonetheless, came from Mercator Advisory Group, also in January: “Due to thin margins, prepaid programs depend on volume for profitability. So, getting cards into many hands is critical to success,” said Ben Jackson, senior analyst. “Program managers, whether handling open-loop or closed-loop cards, have a variety of distribution options. Understanding those options requires a grasp of both business and technological considerations.”

Here it is the second quarter of 2014, though, and one is hard-pressed to find much follow up on how the prepaid card business is going. Aite Group, with its recent report may be the first update on prepaid card progress—at least from the merchants’ viewpoint.

They’re doing so in many categories. When asked what types of prepaid cards their companies sell now or plan to sell, the results were:

Shifting back quickly to year-end 2013, the Federal Reserve, in its payments study, observed that “compared with credit, debit, ACH, and check, prepaid card payments (including both general purpose and private label) increased at the fastest rate from 2009 to 2012 (15.8%) annually, reaching a total of 9.2 billion transactions in 2012. The number of prepaid card payments increased 3.3 billion from 2009 to 2012.”

In that report, the Fed says “Prepaid cards are used both for special purposes by individuals who also have a traditional debit card or by individuals who want the convenience of a debit card but are unwilling or unable to maintain a traditional transaction account at a depository institution. Many prepaid cards are issued for fixed amounts as rebate or gift cards, while others are issued as payroll cards by employers or purchased by the user and may be reloaded with value multiple times.”

So customers love them and merchants love them. Where does that leave financial institutions in the mix?

Back to the Aite study, which recommends that “prepaid providers, networks, and marketing organizations partner with merchants to support sales growth that includes increasing the types of prepaid cards sold and the number of different card brands offered. Providers may therefore provide improved promotion of virtual prepaid cards at selected merchants, offer digital wallets, and create prepaid card type-specific [return on investment] models that show the benefits of card acceptance compared with acceptance costs.”

A blogger for Market Rates Insight added this in March: “As the prepaid card trend continues to gain momentum, more banks are stepping up.”

He cites the prepaid card programs of several large banks that are up and running now, recounting their various and differing features. One thing they do have in common—a monthly fee of $5-$7.

“Consumers have been flocking to prepaid cards because of their convenience, the fact they can’t be overdrawn, and because they provide purchasing power online and elsewhere,” he says. He also points out, however, that consumers right now associate prepaid cards with the merchants they do business with, not their banks.

So, at this juncture, it seems that an opportunity exists to grab some market share. Transcard, which is the ABA-endorsed power behind the ABA Prepaid Program, last year predicted $421 billion gross dollar value transactions through open-loop prepaid cards in 2017.

Moreover, the company pointed out the advantages banks have over retailers in offering prepaid cards, particularly the personal attention from bank employees to select the right card for an individual’s need, immediate service for reloading cards, and on-the-spot account checking.

So what Transcard said in a white paper a year ago remains true right now: “It’s time more financial institutions took a fresh look at the prepaid market. When they do so, they will find conventional wisdom replaced with the fact that prepaid cards have become a mainstream financial product. Moreover, they will see that they enjoy a competitive advantage in delivery of prepaid cards through the bank channel relative to the retailers and marketers who typified the industry in the past.”

Tagged under Payments, Blogs, Making Sense of it All, Cards,

More in this category: « Why you should embrace your “social activists” Technology too pervasive to pigeonhole in IT »
back to top