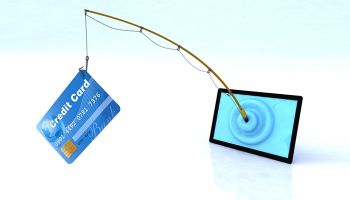 While payment card data continued to top the list of the types of data compromised, a report by Trustwave notes that 45% of data thefts in 2013 involved confidential, nonpayment card data—a 33% increase from 2012.

E-commerce breaches were the most rampant, making up 54% of assets targeted. Point-of-sale breaches accounted for 33% of Trustwave’s 2013 investigations and data centers made up 10%. Trustwave expects POS and e-commerce compromises to dominate into 2014 and beyond.

Trustwave gathered the data from 691 breach investigations (a 54 percent increase from 2012) across 24 countries in addition to proprietary threat intelligence gleaned from the company's five global Security Operations Centers, telemetry from security technologies and ongoing threat research.

When ranking the Top 10 victim locations, the report reveals the United States overwhelmingly houses the most victims at 59%, which was more than four times as many as the next closest victim location, the United Kingdom, at 14%. Australia was ranked third, at 11%, followed by Hong Kong and India, both at 2%. Canada was ranked sixth at 1%, tied with New Zealand, Ireland, Belgium, and Mauritius.

Similar to 2012, retail once again was the top industry compromised, making up 35% of the breaches Trustwave investigated in 2013. Food and beverage ranked second at 18, and hospitality ranked third at 11.

Criminals continued to use malware as one of the top methods for getting inside and extracting data. The top three malware-hosting countries in 2013 were the United States (42), Russia (13%), and Germany (9%).

Criminals relied most on Java applets as a malware delivery method—78% of exploits Trustwave detected took advantage of Java vulnerabilities.

Eighty-five percent of the exploits detected in 2013 were of third party plug-ins, including Java, Adobe Flash, and Acrobat Reader.

In December 2013, security researchers at Trustwave discovered a Pony botnet instance that compromised approximately 2 million accounts for popular websites. When analyzing those compromised credentials, Trustwave found that "123456" topped the list of the most commonly used password, followed by "123456789," "1234", and then "password." Nearly 25% of the usernames had passwords stored for multiple sites.

Ninety-six percent of applications scanned by Trustwave in 2013 harbored one or more serious security vulnerabilities. The finding demonstrates the need for more application security testing during the development, production and active phases.

Trustwave found that self-detection continued to be low with 71% of compromised victims not detecting breaches themselves. However, the data also demonstrates how critical self-detection is improving the timeline to containment and therefore limiting the overall damage. For example, the median number of days it took organizations that self-detected a breach to contain the breach was one day, whereas it took organizations 14 days to contain the breach when it was detected by a third party.

The report also reveals the median number of days from initial intrusion to detection was 87 and the median number of days from detection to containment was seven. Upon discovery of a breach, 67% of victims were able to contain it within 10 days. From 2012 to 2013, there was a decrease in the amount of time an organization took to contain a breach. In half of the compromises investigated by Trustwave, the victim contained the breach within four months of the initial intrusion.

"Security is a process that involves foresight, manpower, advanced skillsets, threat intelligence, and technologies. If businesses are not fully equipped with all of these components, they are only increasing their chances of being the next data breach victim," says Robert McCullen, chairman and CEO at Trustwave. "As we have seen in our investigations, breaches are going to happen. However, the more information businesses can arm themselves with regarding who are their potential attackers, what those criminals are after, and how their team will identify, react, and remediate a breach if it does occur, is key to protecting their data, users and overall business."