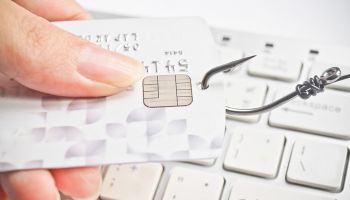 A global fraud study of more than 6,100 consumers across 20 countries reveals that one in four consumers has been a victim of card fraud in the last five years.

The study, conducted by ACI Worldwide and Aite Group, also shows that 23% of consumers changed financial institutions due to dissatisfaction after experiencing fraud.

Card fraud is composed of unauthorized activity on three types of payment cards—debit, credit, and prepaid. Cardholders experience fraud at very different rates around the globe, and each type of card has unique fraud challenges. The United Arab Emirates has the highest rate of fraud overall at 44%, followed by China at 42%, and India and the United States at 41% each.

Other findings of the study include:

• 63% of global consumers (respondents) who have experienced fraud are more likely to use their cards less.

• 50% exhibit at least one risky behavior, which puts them at higher risk of financial fraud.

• 55% are “very concerned” about reclaiming financial identity if they fall victim to identity theft.

• More than 1 in 10 have experienced fraud multiple times during the past five years.

With 1,367 confirmed data breaches in 2013 alone, the security of the financial services value chain is top-of-mind. As organized fraud rings relentlessly develop new methods of stealing funds and identities, consumers are increasingly losing confidence that there is anything that can be done to reverse this downward spiral:

• 23% changed financial institutions due to dissatisfaction after experiencing fraud.

• Nearly 2 in 10 lack confidence that their financial institution can protect them against fraud.

• 43% who received replacement cards as a result of data breach or fraudulent activity use their new card less than they used their original.

“Consumers are increasingly concerned about fraud, and are losing confidence on a variety of levels,” says Mike Braatz, senior vice president, Payments Risk Management Solutions, ACI Worldwide. “They are unsure that their financial institutions can protect them against fraud; they use replacement cards less often due to a loss of confidence in the card or card issuer, after experiencing fraud; and post-fraud, they often change providers or their cards go to back of wallet. This has immediate and long-term implications on customer loyalty, revenue, and fee income.”