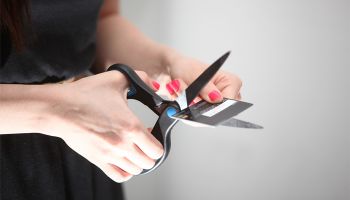 More than one in three 18-29 year-olds have never had a credit card, according to a new CreditCards.com report.

The survey also asked when Americans believe someone should get one’s first credit card in one’s own name. The average response was age 22, and the median was 21.

"Millennials' financial views were forged during the Great Recession and in the apocalyptic job market that they and their friends have faced. That skittishness has pushed them away from credit cards towards debit and prepaid cards," says Matt Schulz, CreditCards.com's senior analyst. "As their careers advance and the economy continues to improve, I expect millennials to transition to credit cards in search of greater rewards and consumer protections."

The 2009 CARD Act placed strict limitations on marketing and issuing credit cards to young adults. Consumers younger than 21 must show proof of income to repay card loans or have an adult co-signer if they want accounts in their own names.

Forty-seven percent of credit cardholders received their first card before age 21 (many did so prior to the CARD Act) and 68% signed up before age 25.

There is a sharp divide between rural and urban/suburban Americans. Just 46% of rural residents say someone should get his or her first credit card before age 25, versus 70% of urban/suburban residents.

Nine percent of rural Americans say people should never sign up for a credit card (compared with 2% of urbanites/suburbanites).

The survey of 1,000 U.S. adults was conducted by Princeton Survey Research Associates International.