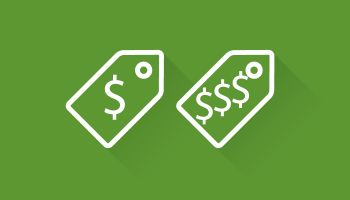 Many banks are paying upwards of five times what institutions of similar size and transaction volumes are paying for debit processing, says Cornerstone Advisors in a new report. The consulting firm blames this on lack of market transparency.

"Payments is a very lucrative and commoditized business, and as long as vendors are not publishing their rate cards, banks can pay more than they should for services," says Bob Roth, managing director at Cornerstone Advisors.

"This means that over the course of a five-year contract, a difference of just five cents per transaction amounts to more than $1.5 million in either lost income or resources lost for new initiatives," Roth says.

Among the report's sources is the Cornerstone Contract Vault, a database of 15,000 pricing points collected from negotiating thousands of vendor contracts. The report discusses how many vendors rely on payments processing for the majority of their revenue growth. In fact, the three largest providers receive up to one-half of their revenue from payments.

Other key findings from the report:

• Rising usage, rising income. Debit card usage has increased at a compounded annual growth rate of more than 15% over the past 14 years. Total revenue from facilitating those payments in North America is expected to jump from $117 billion in 2012 to $177 billion in 2022.

• Gap between low and high payers. The difference between paying at the 25th percentile and 75th percentile level is equivalent to about 17% of a bank's annual profit.

Cornerstone recommends that mid-size banks \do not auto-renew their vendor contracts and bundle their core and debit processing contracts.

Download Drawing Back The Curtain On Vendor Pricing For Debit Processing