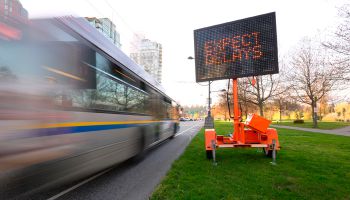 In the year-plus interval since the liability shift went into effect for point-of-sale EMV cards, much has been related anecdotally about the increased amount of time per transaction this has caused.

It turns out that this is a nuanced issue. Underwriters Laboratory mounted a scientific study to determine empirically how long chip-enabled transactions actually take at the point of sale. Its testing showed that the average transaction time was approximately 11 seconds—with 4.4 seconds as the fastest recorded and 22.6 seconds as the slowest.

But that’s only part of the story.

How fast is fast? How slow is slow?

“There are multiple reasons why a transaction is typically slower in the United States than we observe in elsewhere,” says Sherif Samy, managing director, Transaction Security Operations, at UL, in an interview with Banking Exchange. “The first question we need to ask: ‘Is that a problem?’”

It depends on the nature of the business, he explains:

Nonetheless, Samy says, the U.S. has a long way to go for full EMV adoption, an effort that likely will take several years. UL has been involved with EMV migrations in a number of different countries, he says, and it has taken “anywhere between five and seven years to reach a critical mass” in those places.

About 30% of the U.S. merchant population is equipped with chip-enabled terminals, according to the latest figures from MasterCard. Meanwhile, it is estimated that about 74% of credit cards will have been issued with chips by the end of 2016, up from 42% in 2015, according to Javelin.

What slows things down

• Many terminals in the U.S. still rely on old-fashioned dial-up connections.

“This is an infrastructure technology that is slower than newer technologies,” he says. “Replacing and ‘reterminalizing’ a market, adding different mechanisms, takes time.”

• Unlike in other parts of the world, U.S. merchants generally require more conversation or more actions by the consumer during a given transaction.

These include asking customers to choose debit or credit, whether they want a paper or digital receipt, whether they’d like to contribute to some charity, and so on.

“This slows down the EMV transaction a little,” Samy says.

• EMV coding in use now could be improved.

Eventually, says Samy, the industry “will see a second release of EMV implementation in the market that is more optimized as experience grows in this market, and companies like UL push for more best practices in the market.”

Why merchants still lag in U.S.

Javelin, in two recent reports, provides some reasons for merchants’ slow adoption of EMV at point of sale locations. These include: inconveniencing customers, software integration, and completing EMV terminal certification.

For small retailers in particular, the barriers to adoption have been the cost of switching out terminals, new hardware requirements, and security concerns.

One aspect of Javelin’s conclusions in these two reports point to retailers turning to different payments strategies, most notably the use of mobile, contactless EMV technologies such as those found in digital wallets.

UL’s research also sheds light on contactless EMV, in which a consumer waves or taps a mobile device near or on the point-of-sale terminal. Brand specifications for this technology require a tap to execute in less than half a second. UL notes that retailers in the Canadian and Australian markets have already largely migrated to contactless EMV, and that the U.S.s market likely will gradually pick up.

There are security issues involved with contactless EMV that have to be considered, and, again, they are nuanced.

Adding to this point, Celent’s Zilvinas Bareisis, senior analyst, says in a recent blog: “While the consumer adoption of various contactless pays, such as Apple Pay and others, has yet to set the world on fire, perhaps they will end up giving another reason for merchants to invest into chip terminals.”