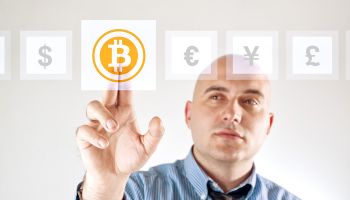 Fifty-one percent of respondents to a national survey by the Massachusetts Division of Banks had heard of virtual currency, although awareness varied by gender, race, income, and education levels.

The survey was an effort by a task force established in March by the Conference of State Bank Supervisors to examine developments and regulatory issues in the area of emerging payments.

The goal of the survey is to better understand the public’s awareness of and attitudes toward alternative currencies. “State regulators welcome innovations that lead to greater choice and lower costs, but we also want to understand any consumer and marketplace risks as we evaluate the overall benefits of virtual currencies,” says Massachusetts Commissioner of Banks David Cotney, who chairs the task force.

• Individuals with higher incomes or higher education levels were 60%-80% more likely than lower-income or less-educated consumers to know about virtual currency.

• Men were more likely than women to be aware of virtual currency.

• Consumers learned about virtual currencies mostly from the internet or television. This is in contrast to how consumers traditionally obtain information about financial products from banks and credit unions.

• Only 3% of respondents reported having purchased or used virtual currency.

• Younger respondents were most likely to have purchased Bitcoin or another virtual currency.

• Hispanic and African-American consumers indicated they would be more willing to purchase virtual currency than white consumers.

• Overall, 65% of all respondents indicated that they were unlikely to ever purchase or use virtual currency.

Consumer attitudes about virtual currency may be influenced by concerns about whether or not these currencies are secure, insured, or regulated. More than 65% of consumers polled said that these concerns were important factors that would influence their decision to purchase any virtual currency.