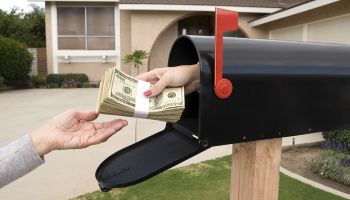 In a nutshell, several observations have emerged:

• Regulatory pressures. In many countries that have already adopted it, the main impetus has come from regulators.

• Growing demand. A sense of urgency is growing, albeit slowly, and a need for accelerating real-time adoption in the U.S. is seen as increasingly necessary.

• Consumer expectation. In this country there is an emerging recognition that customers not only expect real-time settlements of their payments, but wonder why they don’t already have it.

• Bonuses for banks. Most important—some observers in fact do see hard-dollar advantages and revenue-generating capabilities, once the real-time payment protocols are established here.

“The real-time rails are the foundation for what enables much more. It’s more about the kinds of value-added services that you can add to that,” says Sandra Horn, lead product manager, ACI Worldwide, in an interview with Banking Exchange. “That’s the interesting thing, especially when it moves over to the business side where [banks] can monetize that, where they can actually charge for that.”

More about this in a minute. But first, let’s examine the first three bullet points above, one by one:

Regulatory pressures. SWIFT, in a recent white paper, says that the primary driver for real-time retail payment system adoption in other countries is the impact of regulatory reform.

“This comprised a number of factors, such as consumer protection, reduced credit risk, transparency, financial inclusion, fostering of competition, and wider macroeconomic impacts,” the paper says.

At this point it’s unlikely any U.S. government agency will come down with regulatory mandates for real-time payments. The closest is a paper issued in January by the Federal Reserve—“Strategies for Improving the U.S. Payment System”—in which it floats a number of ideas to improve payments for consumers.

NACHA and The Clearing House are working on establishing frameworks for real-time payments in the United States.

But all such work is progressing slowly—too slowly.

Which leads to point No. 2:

Growing demand. “Reminiscent of the delay in moving to EMV chip cards, the United States lags in its ability to process payments in time frames comparable with other developed markets such as the United Kingdom, Singapore, Japan, and many others,” says Nick Holland, head of payments at Javelin Strategy and Research. “Accelerated by always-on-always-present mobile initiatives and the prevalence of smartphones, tablets, and wearables, and cautionary tales of governmental intervention occurring in other markets, the race is now to radically improve the backbone of the U.S. payments system.”

Holland predicts the U.S. won’t have an all-encompassing real-time payments system until sometime in the next decade.

Consumer expectations. This leads to the following, no doubt repeating what’s in many consumers’ heads:

“Amazon can now deliver its products in New York in less than an hour. Why does it take days for payments to clear? It does not have to be this way!” says Gerard Hergenroeder, global payments executive at IBM, in that company’s Insights on Business blog.

Hergenroeder goes on to say: “There is a need to serve consumers with better alternatives. Consumers are looking for convenience, better funds availability, and lower costs. Today’s payments systems have served the industry well and created trillions of dollars of revenue. But they were built before the internet was invented.”

All of which raises the question: Why is it taking the U.S. so long to switch to real-time payments?

First, she says, there is no regulatory mandate forcing this. Second, she points out that there is a huge number of constituents in the U.S. payments system that would all have to come together to make whatever system emerges ubiquitous and as fundamental as paying with cash and checks.

Most important, though, she says, “Fundamentally it’s been difficult for financial institutions to look at this and to quantify the benefits, to put together a [return on investment] model … Banks face a huge amount of investment to make this happen, to upgrade their systems, as well as adding whatever new infrastructure that might occur.”

Which is not to say that a business case can’t be made.

Horn, as well as Javelin and Hergenroeder, cites the U.K. model as something the U.S. can learn from. U.K banks, once very reluctant to adopt it, now, five years on, recognize that it has enabled a number of innovative services that have boosted business. Examples of these are various P2P services—Paym, Pingit, Zapp, for example—which have changed consumer behavior and increased transaction rates.

“The U.K. model is good for the United States. It’s something to learn from,” Horn says. The difference is that the innovative services that have emerged over there came after the system was put in place. The U.S., on the other hand, could plan on such services from the beginning—and target, specifically, business applications.

“The consumer experience seeps its way into the business side of things. Think of a small business person, or the treasurer at a larger corporation, who, being a millennial, says, ‘Why is it that I can’t have a better view of my cash position?’” Horn says.

She continues: “Most of these schemes still very domestic-focused. But there is the issue of, what about being able to make that payment cross border? This facilitates that as well.”

It must be noted that ACI Worldwide offers Postilion Realtime as a central switch for all transactions initiated by all payment instruments. Some of its capabilities include supporting all channels, most ATM and point-of-sale networks, multi-institutional processing, foreign currency dispensing, and more.

Other companies also provide a glimpse of how real-time payment processing could lead to similar value-added services, including FIS, Dwolla, and Ripple.

All of which, patently, are not financial institutions, and thus threaten disintermediation.

“In this vacuum, third-party vendors … are nimble and will be able to offer real-time payments to consumers much faster than traditional payments players,” says Javelin’s Holland.

Horn sees real-time payment platforms hosted by financial institutions playing out in a disjointed way, at least in the near future.

“We are going to see a fragmented approach. There are going to be financial institutions that are more innovative and will try to step up and offer services and capabilities,” she says. “It probably will look very much like a lot of closed networks [before] it settles out to be broader.”

Still, she says, “This is trending really fast. [Banks] need to recognize that, if they want to keep their customers.”

Is It Time For The U.S. Payments Industry To Make Some Bold Moves?

Real-Time Payments On The Horizon For The U.S.

More in this category: « Internet of things coming to banking Don’t zzzzzz through Gen Z »
back to top