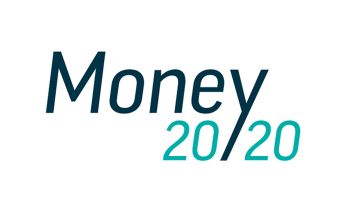 At this year’s Money 20/20, big-company partnerships and a familiar consortium made potentially game-changing announcements for the mobile channel. Among the highlights of onsite announcements.

First, we have the rollout of Chase Pay, which was announced during a keynote presentation at the conference by Gordon Smith, CEO of consumer and community banking. The QR-based (quick-response code) service will function as a closed-loop network of 94 million existing debit and credit customers and will work on Android and Apple smart phones.

Chase Pay is expected to begin to emerge in 2016. It will be cheaper for merchants to use because it will eliminate interchange and use a different fee structure. Customers will likely be able to use Chase Pay in an increasingly wide array of MCX stores (see CurrentC below), online, and with a mobile application.

CurrentC, the retailer-backed mobile wallet which soft-launched back in 2012 and which also announced the support of Chase Pay, has expanded its Ohio customer test to 200 stores operated by 12 large retailers,  said CEO Brian Rooney in an announcement. Rooney was most recently CEO and a board member of Bank of America Merchant Services. [Also see “Chase Pay enters mobile wallet fray”]

The CurrentC wallet was developed under the Merchant Customer Exchange,  a consortium of Wal-Mart, Target, Best Buy, and 40 other merchant partners, which is processing $1 trillion in purchases annually.

MCX may expand the test to other states in the first quarter of next year. The service lets shoppers pay for items by phone and pulls up a code that is scanned to initiate transactions.

Mobile commerce provider P97 Networks, based in Houston, Boston, and Redmond, Wash., announced that it would launch a program that would also enable paying at the pump and making in-store purchases via smartphones using Chase Pay.

NASDAQ generated buzz in Las Vegas with its plan to incorporate a block chain-enabled platform called Linq, which manages shares of private companies.  Initial clients for the service include Chain.com, the San Francisco-based block chain API company that developed the platform with NASDAQ; ChangeTip, a micropayments bitcoin company; and Peer Nova, a block chain-inspired ledger and database company.

Linq clients will have a comprehensive record of securities issuance and transference, making records easier to audit.

OCPay is available to Kansys customers and is expected to reduce collection costs for billers by up to 70%. Rapid payment response and confirmation is particularly valued by providers and users of telecomm services because it can prevent suspension of a service due to late or missed payments, according to Ron Averett, North American president and CEO of AcceptEmail. OCPay is designed to streamline the payment process, without use of multiple usernames or passwords.

Getting more out of loyalty cards

To squeeze more value from loyalty, Alliance Data introduced the MyLoyalty application, which lets consumers shop, earn rewards, and connect with retailers at major malls across the country.

The app can be customized by retailers and shoppers. It allows shoppers to apply for a store-brand card, make purchases with the MYDigitalCard, and earn and redeem rewards at the point of sale, creating a stronger bond between retailers and their customers.

MasterCard will make use of the Cardlytics advertiser network to allow bank partners to deliver compelling consumer offers.

“MasterCard is an innovator and leader in serving financial institutions of all sizes,” said Lynne Laube, COO of Cardlytics, “They are an ideal partner as we look to expand our loyalty program.”

With an agenda of mainstreaming smart terminals that can accept old and new payments alike among merchants, eThor and Poynt announced plans to partner: eThor will connect Poynt’s Smart Terminal to its existing networks.

Gary Ziegler, eThor CEO, said that other applications that come loaded onto the Smart Terminal would be able to connect to the point-of-sale device through the platform. Poynt claims that its Smart Terminal is the only certified payment device on the market that is designed to accept five forms of electronic payment: mag-stripe and EMV cards,  and NFC (near field communication) for mobile payments as well as QR code and beacon-enabled mobile payments.

AEVI, with offices in Paderborn, Germany; Prague; and  Berkshire, UK, made its launch at Money 20/20, announcing plans to create a system that it says can be used by banks and retailers globally. AEVI provides a foundation to encourage collaboration and interaction in the business world via secure transactions through a single global gateway that is compatible across all devices, providers, and transaction types; value-added services on apps; and agile reporting from a single source.

TIS (Top Image Systems, Ltd.), which markets intelligent capture, workflow, and delivery systems,  showcased its mobile imaging platforms for banks—including MobiCheck for remote deposit capture, MobiCloud, MobiFlow, and Mobile Pay, for bill payment. This is a comprehensive alternative to some of the offerings from core processing vendors but allows banks to avoid “one off” solutions for redesigning business process or adding on advanced services.