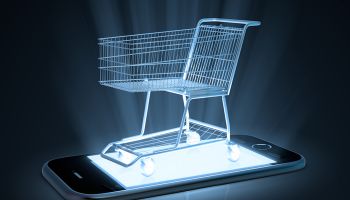 A survey by CAN Capital Inc. concludes that the growth of mobile payments technology is overtaking ecommerce as the largest trend impacting the spending habits of today's retail consumers.

Nearly half (47%) of 166 payments and financial innovation professionals surveyed at the Money 20/20 Conference in October agreed mobile payments are changing retail consumer spending. Ecommerce came in next (35%) followed by personalized marketing and advertisements (18%).

This is a significant change from last year’s findings, when the majority of respondents in a similar survey (58%) said an increase in ecommerce was having the largest impact on consumer spending. This shift can likely be attributed to mobile technologies becoming more available to the average retail consumer since the launch of products such as Apple Pay, Samsung Pay, and Chase Pay over the past year, the researchers say.

According to research by eMarketer, in 2016, total mobile payment transactions are expected to reach $27.05 billion, with users spending an average of $721.47 annually. Total mobile payment sales will rise faster than average spending per user in 2016 because of the growth in the number of overall users of the technology.

Mobile not seen as most secure

When asked what might be the biggest challenge in payments processing for small businesses, 49% of industry experts cited transaction fees, a ten-point increase from last year’s survey. The ability to comply with changing payments security standards such as EMV came in second (27%) followed closely by risk of data breaches (24%).

“These results show just how rapidly technology is changing the payments landscape for small businesses and consumers alike,” says Daniel DeMeo, CEO of CAN Capital.

CAN Capital conducted the survey of payments and financial innovation professionals at the Money 20/20 conference in Las Vegas.