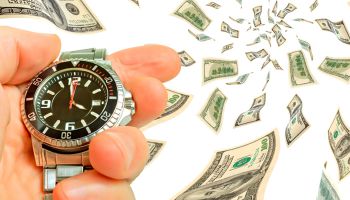 Steady debut for faster ACH payments, according to NACHA's report.

Many businesses and consumers want to see faster payments, but even the newest wrinkles in moving money from pocket A to pocket B takes some time to build volume. Same-day ACH appears to have had a decent start, according to figures released by NACHA-The Electronic Payments Association, which runs the ACH network.

Same-day ACH began the first phase of its implementation on Sept. 23 of this year. NACHA reported that 3.8 million same-day transactions took place in calendar October. The total value of those transactions came to $4.98 billion, with the average transaction amount coming to $1,303.

To put the 3.8 million in perspective, Michael Here, senior managing director at NACHA for ACH Network rules, said that 5 billion payments were made in the third quarter via ACH. “We’re just out of the gate with same-day volume,” said Here, though NACHA is pleased with the early results.

While demand for faster payments has been growing, “we were not really sure what to expect,” said Here. At this point Here could not project what the remainder of the year would look like. Later this year NACHA plans to conduct some industry surveys to see what institutions expect.

• The largest number of same-day payments comprised Direct Deposit via ACH transactions. NACHA said this included such uses as emergency payroll and pension payments. Overall, this type of payment represented 49% of same-day ACH volume. In this category there were 1.9 million transactions totaling $1.6 billion.

• Business-to-business payments accounted for 36% of same-day ACH usage in October. There were 1.4 million transactions totaling $2.8 billion.

• Individuals also used same-day ACH services offered through their financial institutions. There were 506,000 same-day person-to-person payments and 61,000 consumer bill payments. Overall these transfers were for small-dollar amounts, not major payments.

Michael Here said that spurt of consumer usage was a bit of a pleasant surprise. “That’s a great start,” he said. Here said more banks are expected to begin offering same-day personal transfer services for consumers, competing with such offerings as PayPal’s Venmo P2P service.