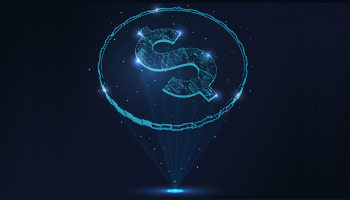 Any cryptocurrency backed by the Federal Reserve must be subjected to a “careful critical analysis” of the proposed benefits, according to the Fed’s vice chair for supervision Randal Quarles.

Quarles expressed his skepticism of a proposed central bank digital currency (CBDC) in his speech at the Annual Utah Bankers Association Convention earlier this month. He questioned whether a ‘digital dollar’ would safeguard the position of the US dollar on the global economic stage, and address inequalities within American society.

Earlier this month, the American Bankers Association warned that advocates of a CBDC focused too much on the benefits of adoption and downplayed the potential risks to both consumers and the US financial system.

In his speech, Quarles scrutinized the argument that the emergence of foreign digital currencies would threaten the position of the US dollar. He also questioned mounting concern over stablecoins, and the idea that a CBDC is required to compete with them.

He suggested private digital currencies like stablecoins have several benefits.

“A global US dollar stablecoin network could encourage use of the dollar by making cross-border payments faster and cheaper, and it potentially could be deployed much faster and with fewer downsides than a CBDC,” he said.

Quarles also proposed that making improvements to other existing payments systems, such as instant payments initiatives, might be an alternative to developing a CBDC, which involves extensive risk and cost factors.

On the topic of financial inclusion, Quarles encouraged making cheap, basic commercial bank accounts more accessible. He highlighted the Bank On initiative as an act to follow.