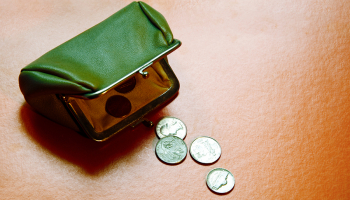 The American Bankers Association (ABA) and other trade bodies have written to Treasury Secretary Janet Yellen warning about a shortage of coins in circulation in the US.

The group, representing the interests of financial institutions and retailers, wants the Treasury to help reinvigorate coin circulation, which has fallen significantly due to the Covid-19 pandemic.

The pandemic also prompted a dramatic shift from cash to card transactions.

In February, Bank of America reported that combined credit and debit card spending among clients totalled $63 billion, up 21% on the same month the previous year.

However, in the letter, the organizations warned of the consequences of a coin circulation slowdown, citing growing concerns that it would “fall hardest on consumers who cannot pay electronically”.

The letter highlighted that many US businesses and organizations were struggling to meet demand for coins or to help consumers who rely on cash transactions in their daily lives.

Signatories called for the Treasury to use its platform and voice to raise public awareness of the coin circulation slowdown and the need to “get coin moving” in the economy.

Almost 5% of US households — approximately 12 million adults — are “unbanked” without a checking or savings account, according to the CFE Fund.

In July 2020, the Federal Reserve convened the US Coin Task Force to address the issue of the coin circulation slowdown. A public campaign, “Get Coin Moving”, improved circulation, but it has since slowed again, prompting the rationing of coins.

The task force published a report, The State of Coin, in February 2022, setting out in detail a thorough description of the coin circulation issue.