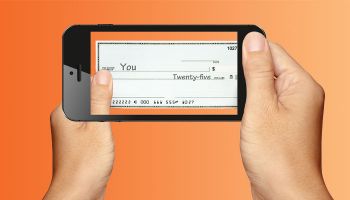 With the explosion of mobile RDC demand, banks are seeing a shift in where RDC losses are occurring—from commercial and small business to consumer channels.

“Risk and compliance were banks’ top commercial RDC priorities for several years,” says Bob Meara, senior analyst with Celent’s Banking Group and author of a report on the subject. “With FFIEC compliance projects largely completed, priorities have shifted back to growing the business. Now, it’s the retail banks' turn at managing RDC risk, and it takes a whole new set of tools.”

Not surprisingly, alongside 10% growth in the number of check scanners deployed for commercial RDC over the past year has been a tripling in the number of financial institutions offering mobile RDC to consumers and small businesses, according to the recent Celent report.

Celent expects continued growth of deployed scanners to commercial locations over the next three years, but the real growth will be with mobile RDC. However, there has also been a small but increasing level of losses that is directly attributable to RDC. These losses appear to be steady among commercial accounts, but growing among retail banking accounts.

•            The vast majority of RDC deploying financial institutions still have not suffered any economic losses attributable to RDC.

•            Even though commercial RDC is a mature market, there remains a significant upside for participating banks in terms of selling additional clients.

•            Vendor solutions continue to improve at a rapid pace, particularly in terms of providing financial institutions tools to manage risk.

•            Mobile RDC is experiencing explosive growth behind terrific consumer awareness and strong concept scores. In a July 2013 Celent consumer survey, mRDC was the second most valued capability in mobile banking, exceeded only by account aggregation (seeing all one’s accounts in one place).

Risk and compliance dominated commercial RDC activities over the past several years, but now, says the report, that activity is taking place in the retail bank as a result of mobile RDC.

“Don’t get me wrong,” Meara says in his blog. “Compliance will remain an imperative in all areas of banking, but it should no longer dominate bank’s RDC project list. More than anything else, this will be a harbinger for good RDC things to come.”