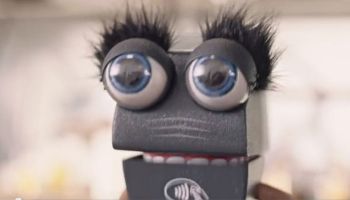 Softcard, the NFC-based mobile wallet app sponsored by three major telecommunications companies, now works on Windows Phone and will be supported on more than 100 devices by the end of the year.

“Over the next two to three years this industry will grow rapidly. More phones will ship, more banks will be in mobile wallets, and more merchants will accept mobile payments,” says Michael Abbott, CEO, Softcard (formerly Isis).

The digital wallet launched two years ago in Salt Lake City. Abbott provides an update on its performance there:

• Taps per active user are 50% higher than the national average.

“Softcard is launching a new campaign aimed at educating consumers on Softcard and mobile payments in a fun, social, and sharable way.

“In the coming weeks, you’ll see a series of videos, photos, and fun content featuring Tappy, a payment terminal mascot we’ve brought to life,” says Abbott. “Whether he’s taking the big stage at McDonalds, hanging with Jared at Subway, or wrestling with Rowdy Roddy Piper, Tappy brings lovable humor to his job. That’s no surprise given Tappy’s pedigree. He was built by Jim Henson’s Creature Shop—the same folks who build the Muppets.”

“Despite how often consumers use point-of-sale payment terminals, our research indicates consumers tend to overlook the hardware. Swiping is an ingrained behavior—however, mobile payments changes that experience, replacing a swipe with a tap. The challenge, of course, is that acceptance is not yet ubiquitous. We need people to look for the contactless EMV symbol to know where to pay.

“This new campaign was designed for social consumption and sharing,” says Abbott. “We’re reaching out to the consumers most likely to use mobile payments. As a result, the campaign will live in digital channels, specifically social, mobile, and video. Our customers live phone-first lives, and we need to reach them on the platform where they’re consuming information.”